AMMAN, Jordan (AP) — A former top adviser to King Abdullah II and a relative of the monarch pleaded not guilty Monday to sedition and incitement charges linked to an unprecedented public rift in Jordan’s royal family.

The defendants are accused of conspiring with a senior royal — Prince Hamzah, a half-brother of the king — to foment unrest against the monarch while soliciting foreign help.

The highly anticipated trial was held under a heavy cloak of secrecy, signaling that Jordan’s rulers are determined to maintain tight control over the sensitive affair. The defendants were sneaked into the state security court, apparently in SUVs with blacked-out windows, as dozens of journalists waited for hours near the main gate for any word about the proceedings inside.

At one point, blurry images of the two defendants wearing face masks and light blue scrubs — the uniform of detainees of the intelligence service — were leaked by the authorities. Bassem Awadallah, the former royal court chief, can be seen in a shaky video walking inside the court, led by guards. He is holding his arms behind his back, but it is not clear if he was cuffed. Sharif Hassan bin Zaid, a distant cousin of the king, is shown walking next to a building, also with his hands behind his back. A black-clad officer with a helmet, mask and gloves holds bin Zaid by the neck with his right hand.

Hamzah, a central figure in the case, has not been charged. The king has said the royal family is dealing with him privately. Defense attorneys have said they plan to call Hamzah to the stand.

Since the drama erupted into the open in early April, with Hamzah being placed under house arrest, clashing narratives have swirled around the popular prince. He is either a popular champion of ordinary Jordanians suffering from economic mismanagement and corruption, or a disgruntled royal who never forgave Abdullah for taking away his title of crown prince in 2004.

The indictment alleges Hamzah was driven by personal ambition and determined to become king. It says the prince and the two defendants conspired to stir discontent.

The indictment alleges that Hamzah and the two defendants were working on social media messages the prince was to post, with the aim of “inciting some groups in society against the ruling system and state agencies.”

Hamzah and bin Zaid invited Awadallah to join them because of his foreign ties, according to the charges. Awadallah, who has Jordanian, U.S. and Saudi citizenship, at one point served as the king’s official envoy to Saudi Arabia and has close ties to Saudi Arabia’s powerful crown prince, Mohammed bin Salman.

The indictment alleges that in one of their conversations, Hamzah asked Awadallah: “If something happened to me in Jordan, will the Saudi officials help me or not?”

Saudi Arabia was one of the first to respond after the crisis erupted, sending its foreign minister to Jordan and affirming its support for the king. Key Western and Arab countries also publicly backed the king, an indispensable ally in an unstable region.

Hamzah has denied sedition claims, saying he is being punished for calling out corruption and mismanagement. The royal palace declined comment when asked Sunday if the prince can move without restrictions and can communicate with others.

Awadallah and bin Zaid are the most senior establishment figures to appear before the security court, which typically goes after drug offenders or suspected militants.

Defense lawyer Mohammad Afeef, who represents Awadallah, told journalists after Monday’s session that the defendants entered “not guilty” pleas. He said the court heard two prosecution witnesses, and that another session would be held Tuesday.

Some critics have expressed skepticism about the case, saying the purported evidence leaked so far does not appear to support the grave charges.

“From day one, it’s about leaks,” said political analyst Amer Sabaileh. ” They talked at the beginning about a coup, now a plot, and we ended up with something more like gossip.”

Holding the trial behind closed doors could further erode public faith in the proceedings, he said. “All the world knows that these people were arrested,” he said. “Then we should not keep it a secret.” 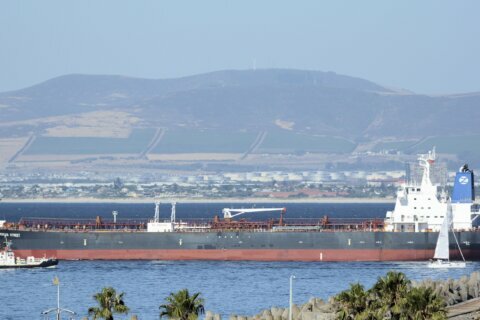