BEIRUT (AP) — After public outrage and protests, Lebanon’s Central Bank governor said Thursday that depositors can go back to withdrawing money from their dollar deposits in the local currency at a rate two and half times better than the official one.

The decision reverses an earlier one and comes a day after panicked depositors lined up outside cash machines to withdraw as much as possible before a suspension of the preferential rate was to take effect.

The Central Bank decreed the preferential rate in April 2020. It was temporarily suspended by the country’s highest administrative court on Tuesday, pending a final court decision.

Lebanon is in the grips of its worst ever economic crisis while members of the ruling elite have been unable to agree on a new government. The Lebanese pound, pegged for 30 years to the dollar at 1,515, is now trading at nearly 13,000.

The Central Bank’s preferential rate offered depositors the option of withdrawing Lebanese pounds from their dollar accounts at 3,900 to the dollar. The decision was effectively a 70% cut on dollar deposits, as the market rate hovered around 13,000. Meanwhile, the country’s banking sector reeled under a financial crunch and inflation soared.

But critics still lambasted the ban on withdrawals of dollars, saying it is tantamount to declaring bankruptcy and urging depositors to demand their money in foreign currency.

Central Bank Gov. Riad Salameh insisted Thursday deposits were safe, without elaborating. Earlier in the day, he met with President Michel Aoun and the head of the top administrative court at the Presidential Palace.

“We reiterated the need for the cooperation between the Central Bank and the State Council in the interest of Lebanon,” Salameh told reporters.

However, many will see Thursday’s reversal — while ostensibly driven by concerns over widespread panic — as political interference in court decisions that ignores informal capital controls imposed by banks on withdrawals and transfers at a time when the local currency is in free fall alongside a thriving black market.

The Legal Agenda, a Lebanese rights group, said it “seems the ruling system is seeking to restore its favorite way of dealing with the crisis, and its subsequent policies of denial.” 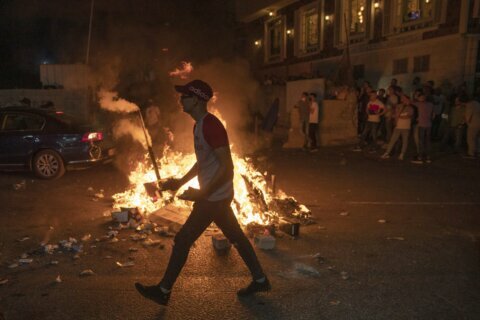 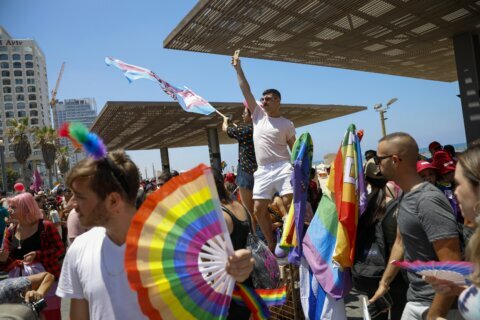 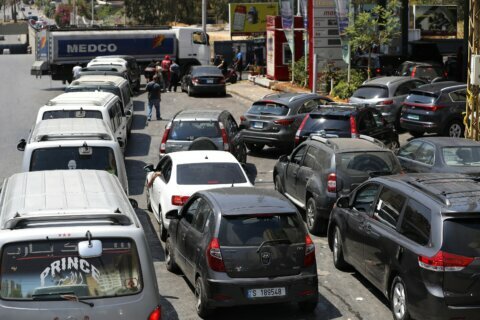