CAIRO (AP) — Sudan announced the resignation of the country’s chief prosecutor and the firing of the top judge Monday, without giving any reasons for the changes.

The development came amid growing criticism by activists of the justice system for purported delays in trials related to the crackdown on protesters during and after a popular uprising that led to the military’s overthrow of longtime autocrat Omar al-Bashir in 2019.

Sudan has since been on a fragile path to democracy and is ruled by a joint military-civilian government, which includes a sovereign council and an executive Cabinet.

The Sovereign Council accepted the resignation of Public Prosecutor Taj al-Ser Ali al-Hebr and removed Neamat Abdullah Mohamed Kheir from her job as chief of the judiciary, said Mohammed al-Feki Suliman, a spokesman for the council.

Suliman did not give reasons for the changes, nor say whether the changes were related. He said al-Haber had submitted his resignation several times, and “this time he insisted on stepping down.”

No replacements were announced.

Kheir, a veteran judge, and al-Haber, a lawyer, were appointed to their posts In October 2019, less than two months after the military and the protest movement reached a deal to form a joint transitional government following al-Bashir’s ouster. Kheir, who has served in the judiciary since the 1980s, was the first woman to rise to the highest judicial post in Sudan’s history.

The changes came a week after a protest in Khartoum demanding justice for the dozens killed in a 2019 crackdown on protesters.

In dispersing last week’s protest outside the military’s headquarters, troops killed two people and wounded three dozen. The military handed over around 100 suspects in the killing to prosecutors to investigate.

The June 2019 clearing of the Khartoum protest camp coincided with the end of the Muslim holy month of Ramadan. Over 120 people were killed in that dayslong crackdown, according to protest groups.

The government established an independent committee in 2019 to probe the crackdown, but the panel repeatedly missed its deadlines for reporting, angering the victims’ families and protest groups.

Monday’s development came as the country’s leader, Abdel-Fattah Burhan, and Prime Minister Abdalla Hamdok are in Paris to attend an economic conference on Sudan hosted by French President Emmanuel Macron. 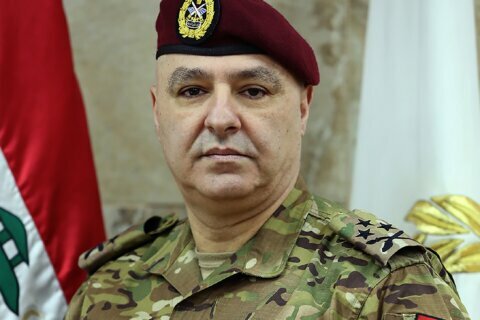