The twists and turns of Loujain al-Hathloul’s case have drawn international attention and brought focus to a wider crackdown on rights activists and perceived government critics in Saudi Arabia under Crown Prince Mohammed bin Salman. She’d been among a group of vocal activists who pushed for greater women’s rights and the right of women to drive a car before the ban was lifted in mid-2018.

Al-Hathloul was tried and found guilty in December by an anti-terrorism court on charges related to her activism. She was sentenced to five years and eight months with conditional release.

She was released from prison on Feb. 10 after nearly three years in detention, including stretches of solitary confinement and allegations she’d been tortured.

Her release from prison in February, based on time already served, came just weeks after the inauguration of President Joe Biden, who has vowed to reassess the U.S.-Saudi partnership and stand up for human rights. He welcomed the news of her release from prison at the time, describing it as “the right thing to do.”

On Sunday, her sister, Alia al-Hathloul, told the AP she was asked to report to the office of the Interior Ministry’s General Directorate of Investigation, or “mabaheth”, in the capital, Riyadh. It was not immediately known why she’d been summoned.

Hours later, her relatives told the AP and her sister, Lina al-Hathloul, confirmed on Twitter that she’d been called in to sign a document informing her of a supreme court decision to uphold the judgement of an appeals’ court, which had upheld her initial conviction. They questioned why she was informed of the legal ruling by a security agency.

The terms of her release from prison include a five-year travel ban and three years of probation. Many Saudi prisoners released on charges related to their activism and speech must also sign declarations before leaving prison, vowing to stop tweeting and posting on social media. Some are also routinely summoned for questioning during probation.

In recent days, al-Hathloul has shared posts about a women’s rights campaign against sexual harassment in Kuwait, and waded into the sensitive topic of Gulf Arab normalization with Israel. Recently, she wrote that many of her Saudi friends have stopped writing on Twitter altogether.

“When is this nightmare going to end?,” she wrote. “I WANT my friends back!”

A number of other women’s rights activists remain imprisoned, including Samar Badawi, whose brother Raif Badawi is serving 10 years in prison and was publicly flogged in 2015, and Nassima al-Sada, a rights activist from the Eastern Province.

Saudi activists say Mohammed al-Rabiah, who’d posted on Twitter in support of women’s right to drive was sentenced last month to six years in prison. He was detained in the sweep against women’s rights activists in May 2018 and thus has already served three years of his sentencing. His charges included “seeking to disturb the social fabric”, “instigating strife” and carrying out “foreign agendas that disrupt security and stability.”

The rights group that focuses on Saudi human rights cases, known as ALQST, and others who have spoken with his relatives, say al-Rabiah suffered torture while in detention —- being held in a small wardrobe for several days, hung upside down by his feet, and beaten unconscious.

His verdict, activists say, points to the continued suppression of rights campaigners by Prince Mohammed. The crown prince, who has been hailed for introducing social and economic reforms, has simultaneously faced international criticism over the killing of Washington Post columnist Jamal Khashoggi at the Saudi Consulate in Istanbul in October 2018 by agents close to him. 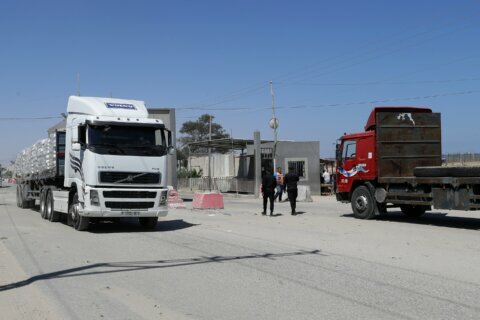