CAIRO (AP) — With no clear progress, Egyptian and Turkish officials concluded Thursday two days of talks in Cairo aimed at resetting ties between the two regional powers. In a joint statement, both sides vowed to evaluate the outcome of their first round of consultations before agreeing on the next move.

Egypt and Turkey have been at loggerheads since the Egyptian military’s 2013 ouster of President Mohammed Morsi, an Islamist who hailed from the Muslim Brotherhood, a group supported by Turkey. Egypt has designated the Brotherhood a terrorist organization.

The talks were chaired by Hamdi Loza, Egypt’s deputy foreign minister, and his Turkish counterpart Sedat Onal. Diplomats from both countries said they had discussed bilateral relations and several regional issues, including the situation in Libya, Syria, Iraq, and the need to achieve peace and security in the eastern Mediterranean region. They hailed the deliberations as “frank” and “in-depth”.

The joint statement did not provide any further details. Earlier, Egypt’s Foreign Ministry described the talks as “exploratory discussions” to outline necessary steps towards the normalization of relations between Cairo and Ankara.

Turkish President Recep Tayyip Erdogan said in March that the two countries have had “intelligence, diplomatic and economic” contacts, adding that he hoped for “strong” ties between them.

A week later, Erdogan’s government asked three Istanbul-based Egyptian TV channels linked to the Brotherhood to soften their critical political coverage of el-Sissi’s government, according to editors at the stations. The TV channels promptly stopped broadcasting some political programs.

Egypt welcomed the move, calling it a “good initiative from the Turkish side that establishes a favorable atmosphere to discuss issues of dispute between the two nations.”

However, Egyptian officials say Turkey must take substantial steps toward “genuine” talks to mend ties, including withdrawing hundreds of Turkish troops and thousands of Syrian mercenaries brought to Libya by Turkey, and also hand over Islamists wanted by Egypt on terror-related charges.

Egypt and Turkey have been supporting opposing sides in Libya. Egypt, Greece and some other European countries were angered by a 2019 Turkish deal with Libyan officials that aimed to boost Turkish maritime rights and influence in the eastern Mediterranean.

Egypt and Greece responded by signing a separate deal to delineate their maritime boundaries, a deal which Ankara rejected. 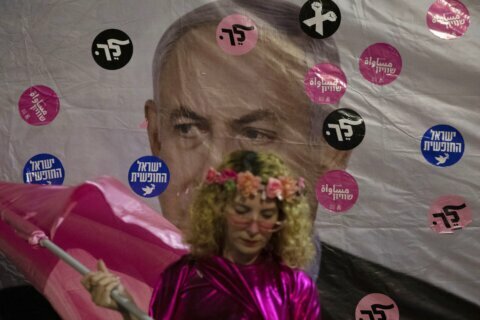