BEIRUT (AP) — Syria received a planeload from the United Arab Emirates on Thursday with food items and medical aid to help the war-torn country in its fight against the spread of the coronavirus, Syria’s state media reported.

The aid from the UAE comes as Syria is witnessing a sharp increase in coronavirus cases. Last week, Damascus ordered schools and universities closed for two weeks to try limit the spread. Syria’s health system and infrastructure have been decimated by the country’s 10-year conflict that killed about half a million people and displaced half of Syria’s population.

Syria has registered nearly 20,000 cases of coronavirus, including more than 1,300 deaths. However, the real numbers are believed to be much higher as testing is limited, and most Syrians cannot afford tests due to the country’s crushing economic crisis.

In the early years of the war, the UAE supported the Syrian opposition. But as the war wound down and Syria’s government forces recapturing most of the territory once lost to the opposition, the UAE and a few other Arab countries made limited and usually indirect openings toward Syrian President Bashar Assad’s government.

In late 2018, the UAE reopened its embassy in Damascus — the first since an organized Arab diplomatic boycott of Syria started soon after the war erupted in 2011. The embassy representation is at the level of a chargé d’affaires but its very reopening was a sign more rapprochement is likely to follow.

The UAE’s state-run news agency WAM reported that the UAE’s Red Crescent had coordinated with its Syrian counterpart to deliver the COVID-19 vaccines to vulnerable people in the war-torn country, including front-line medical workers, those with chronic diseases and displaced people.

The statement did not specify which vaccines were delivered, but the UAE largely has relied on the Chinese state-backed Sinopharm vaccine for its speedy inoculation campaign. The country previously has sent Sinopharm shipments to Egypt, a key Arab ally, and the Indian Ocean island nation of the Seychelles

In neighboring Lebanon, the vaccination process against coronavirus intensified Thursday as the inoculation of members of the Lebanese army began in 21 military centers around the country. The army said the first to get the vaccine was army commander Gen. Joseph Aoun, with thousands of soldiers to be vaccinated in the coming weeks.

Lebanon received a gift of 90,000 Sinopharm shots from China last week, some of which will be used for the military. This tiny country of 6 million people, including 1 million Syrian refugees, has registered 485,000 cases of the virus, including 6,500 deaths so far.

Lebanese authorities have proposed to extend the nighttime curfew around the country by two hours to make it start at 7 p.m. during the Muslim holy month of Ramadan that begins next week.

During Ramadan, observant Muslims abstain from eating and drinking from dawn until sunset. People usually break their fast with a meal among family members and friends at home or in restaurants. The expected move by the government aims to limit gatherings the could help spread the virus.

Lebanon launched vaccination campaigns against coronavirus in February. So far, about 270,000 people have been vaccinated, including 92,000 who received both shots of the vaccine. 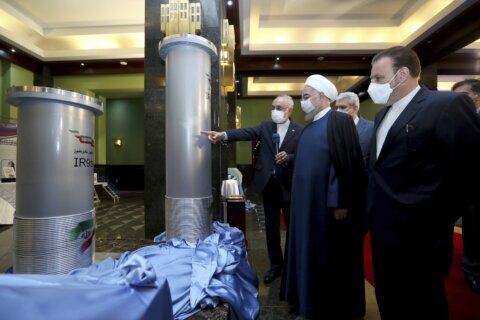 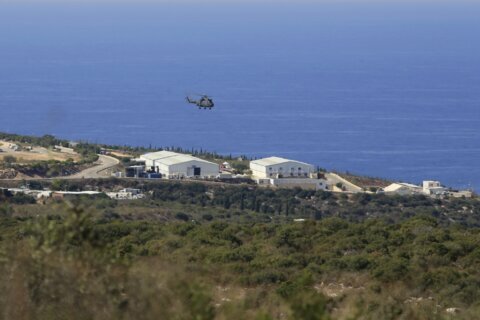