Gen. Abdel-Fattah Burhan, head of the ruling sovereign council, met separately with representatives of the non-Arab Masalit and the Arab Rizeigat tribes in Genena, the provincial capital of West Darfur, the sovereign council said.

Burhan, who travelled to West Darfur along with top security and military officials, vowed to take “decisive decisions” to foster security and stability in the province, the council said without elaborating.

The latest bout of fighting grew out of a shooting April 3 that killed two people from the Masalit tribe in a camp for displaced people in Genena. Over the past week, fighting ensued for around a week between the Rizeigat and the Masalit tribes.

Authorities declared a state of emergency in West Darfur and deployed more troops to contain the violence. West Darfur’s governor, Mohamed Abdullah al-Doma, on Thursday criticized the central government in Khartoum for not heeding his calls for reinforcements.

The clashes killed at least 144 people and wounded more than 230, according to the Sudanese doctors’ committee in West Darfur.

The Darfur conflict broke out when rebels from the territory’s ethnic central and sub-Saharan African community launched an insurgency in 2003, complaining of oppression by the Arab-dominated government in the capital, Khartoum.

Al-Bashir’s government responded with a scorched-earth campaign of aerial bombings and unleashed militias known as janjaweed that are accused of mass killings and rapes. Up to 300,000 people were killed and 2.7 million were driven from their homes. 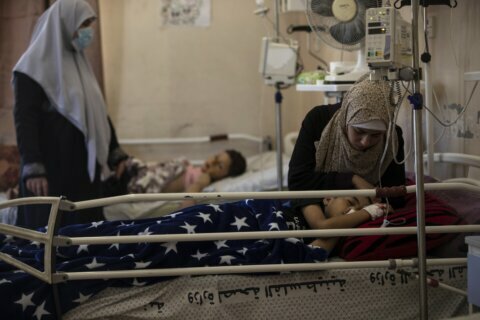 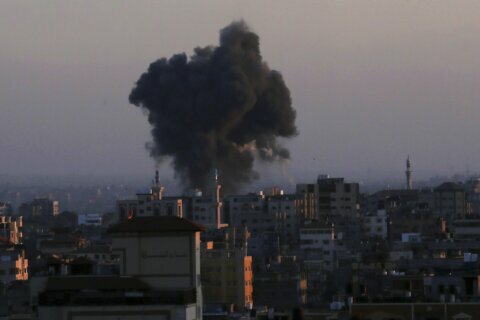 The Latest: Pentagon speeds up exit of personnel from Israel