GAZA CITY, Gaza Strip (AP) — Three Palestinian fishermen were killed Sunday after a blast ripped through their boat off the Gaza shore, officials said, in what appeared to be an explosion caused by a misfired rocket launched by the ruling Hamas militant group.

Nezar Ayyash, a spokesman for the local fisherman’s association, said the men — two brothers and a cousin — were working off the coast of the southern town of Khan Younis when the explosion happened.

The cause of the blast wasn’t immediately clear, but there were growing indications that it was the result of a misfired rocket. Hamas, which has fought three wars with Israel, is believed to possess thousands of rockets.

Minutes before the explosion, local media reported that Hamas was test-firing rockets toward the sea.

Hamas, which is usually quick to cast blame on Israel, instead said it was launching an investigation. And relatives of the fishermen posted a statement on Facebook describing them as “the martyrs of living who were killed when a local mortar shell hit their boat.”

Rami al-Laham, who runs the family Facebook page, said the post was published before the investigation was launched.

“For now, it’s mystery and nobody knows how” they were killed, he said. However, four hours after the investigation was announced, he said no one from Hamas or the government had contacted the family.

Earlier, Palestinian media reports blamed Israeli navy fire, but the Israeli military said it was not involved in this incident. 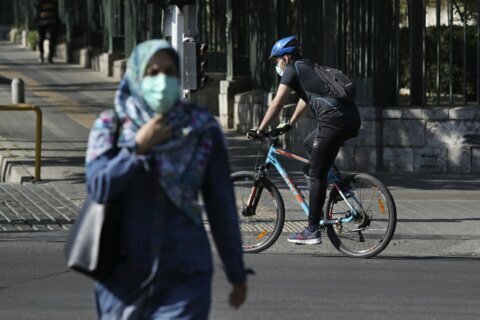