CAIRO (AP) — Sudan’s justice minister met with officials from the International Criminal Court in the capital of Khartoum on Sunday to discuss cooperation with the tribunal in the trials related to the Darfur conflict, his office said.

Justice Minister Nasredeen Abdulbari said Sudanese authorities are conducting “internal deliberations” over “the best ways of cooperation” with the ICC. He did not elaborate.

The 12-member ICC delegation, headed by Deputy Prosecutor James Kirkpatrick Stewart, arrived in Khartoum early Sunday. The visit is coming around two months after the court’s Chief Prosecutor Fatou Bensouda criticized Sudan’s transitional authorities over the lack of progress in cooperation with the African country to bring justice to victims of Darfur conflict.

The conflict in the western Darfur region broke out when rebels from the territory’s ethnic central and sub-Saharan African community launched an insurgency in 2003, complaining of oppression by the Arab-dominated government in the capital Khartoum.

Then-President Omar Al-Bashir’s government responded with a scorched-earth campaign of aerial bombings and unleashed militias known as Janjaweed, who are accused of mass killings and rapes. As many as 300,000 people were killed and 2.7 million people were driven from their homes.

The ICC charged al-Bashir with war crimes and genocide for allegedly masterminding the campaign of attacks in Darfur. He has been under arrest since the Sudanese military, under pressure from protesters, ousted him in April 2019.

Two other senior figures of al-Bashir’s rule accused by the ICC of war crimes and crimes against humanity also are under arrest in Khartoum. They are Abdel-Rahim Muhammad Hussein, interior and defense minister during much of the conflict, and Ahmed Haroun, a senior security chief at the time and later the leader of al-Bashir’s ruling party.

The ICC is also seeking rebel leader Abdulla Banda, whose whereabouts are not known.

In a briefing to the U.N. Security Council in December, Bensouda called on the Sudanese government to allow unimpeded access for the tribunal’s investigators to witnesses, crime scenes and other evidence in Darfur.

She also urged the government to swiftly respond to the draft memorandum of understanding on cooperation with the ICC that was sent after she made the first visit to Khartoum by a prosecutor since the Darfur conflict in October.

Abdulbari, the justice minister, said he discussed with the visiting delegation the signing of that memorandum, but he did not give further details.

Also on Sunday, Prime Minister Abdalla Hamdok fired his Cabinet, in an expected move ahead of the a reshuffle as part of a peace deal with a rebel alliance signed last year, his office said.

Hamdok planned to announce the new Cabinet on Monday, which would include ministers from Sudan Revolutionary Front, an alliance of armed groups, according to the state-run SUNA news agency.

Sudan is on a fragile path to democracy after the ouster of al-Bashir. The county is now ruled by a joint military and civilian government that seeks better ties with Washington and the West. 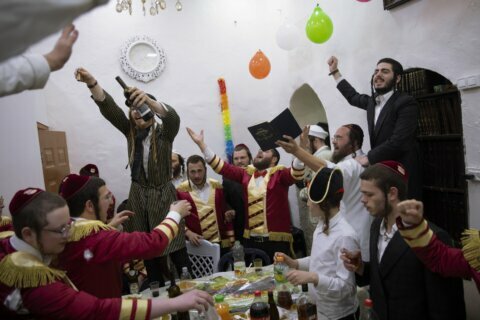