David Miliband, head of the International Rescue Committee, said the designation would have done nothing to address terrorism in the Arab world’s poorest country, and would only hinder much-needed aid deliveries to Yemenis living in Houthi-held areas.

“This is a further, vital, correct decision to bring hope to Yemen’s crisis-stricken population,” he said. “The next steps are to raise aid flows, negotiate a permanent cease-fire, and get the diplomatic process moving to establish a sustainable political settlement.”

For years, the Iranian-backed Houthis have ruled the capital and Yemen’s north where the majority of the population lives, forcing international aid groups to work with them. Agencies depend on the Houthis to deliver aid, and they pay salaries to Houthis to do so.

Mohamed Abdi, Yemen director for the Norwegian Refugee Council, said the move represents a “sigh of relief and a victory for the Yemeni people,” that sends a “strong message” that the U.S. cares first about the interests of Yemenis.

President Donald Trump’s administration branded the Houthis as a foreign terrorist organization, a move that limited the provision of aid to Yemen, a country of 29 million people that’s currently on the brink of famine.

Yemen’s war began in September 2014, when the Houthis seized the capital Sanaa and began a march south to try to seize the entire country. Saudi Arabia, along with the United Arab Emirates and other countries, entered the war alongside Yemen’s internationally recognized government in March 2015.

The war has killed some 130,000 people, including over 13,000 civilians slain in targeted attacks, according to the Armed Conflict Location & Event Project.

A State Department official confirmed Friday that the Biden administration intends to remove the Houthis from the terror list. However, the official said the move would change nothing about the administration’s views of the Houthis, who have targeted civilians and kidnapped Americans.

Biden announced Thursday that the U.S. was ending its support to the Saudi-led coalition fighting in Yemen, in a rebuke to Saudi Arabia, a close U.S. allay.

There was no immediate comment from the Houthis on the plans to end the terror designation. A spokesman for the rebels did not respond to phone calls seeking comment.

Abdi of the Norwegian Refugee Council urged the Biden administration to push for an immediate cease-fire in Yemen and to pressure the warring parties to return to the negotiating table. He also called for the U.S. to restore funding to all areas of Yemen.

“The Biden administration has a historic opportunity to change the U.S. role in Yemen, from arms broker under the previous administration, to peace maker,” he said.

The U.S., one of the largest donors to Yemen, suspended millions of dollars in aid to Houthi-controlled areas last year after reports of theft and looting of relief supplies. United Nations agencies have long complained of rebels stealing and rerouting food aid. 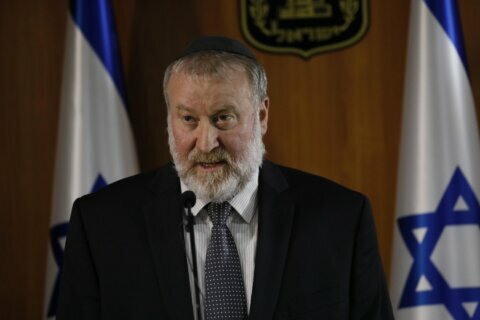