With Adelson’s death, Netanyahu loses a key U.S. backer who for the last four years had the ear of the American president and worked tirelessly to push Israel’s priorities at the White House and in Congress. He also bids farewell to an important backroom player in Israeli politics who funded an influential free daily newspaper that served as an unofficial mouthpiece for Netanyahu.

“Sheldon’s great actions to strengthen Israel’s position in the U.S. and to strengthen ties between Israel and the diaspora will be remembered for generations,” Netanyahu said in a statement, adding he had received news of Adelson’s death with “deep sorrow and heartbreak.”

“We will forever remember Sheldon and his great contribution to Israel and the Jewish people.”

In a later, more personal statement in English, Netanyahu said Adelson was “a wonderful friend to us personally,” saying “the warmth of his heart, the clarity of his thinking and the decisiveness of his actions were truly exceptional.”

Israeli legislators from across the political spectrum as well as other public figures rushed to praise Adelson and his support for Israel and Jewish causes.

Gideon Saar, who is challenging Netanyahu in upcoming elections, said Adelson “devoted his time and energy to speaking up for Israel, making Israel’s case to U.S. decision-makers, and strengthening ties between Israel and the United States.”

Isaac Herzog, a former opposition leader and now the head of the Jewish Agency, an organization that works to fortify links between Israel and the diaspora, called Adelson “one of the leaders of the Jewish people in our generation, one of the pillars of Jewish education in the world.”

Adelson, the son of Jewish immigrants, was a staunch supporter of Netanyahu and a driving force in pushing President Donald Trump’s strong pro-Israel agenda, including the controversial move of the American Embassy from Tel Aviv to contested Jerusalem.

Adelson sat in the front row when the Trump administration inaugurated the Jerusalem embassy in May 2018 and attended the unveiling of the Trump’s Mideast plan, which overwhelmingly favored Israel over the Palestinians, at the White House last January.

More recently, he reportedly purchased the U.S. ambassador’s official residence near Tel Aviv for some $67 million last year in a move that was seen as helping prevent the embassy from relocating back to Tel Aviv after Trump leaves office. Just weeks ago, Adelson provided a private plane for Jonathan Pollard, a former U.S. intelligence analyst who spent 30 years in prison for spying for Israel, to move to Israel after his parole ended.

His attachment to Israel was life-long and so deep that he once said he wished his military service had been in an Israeli uniform instead of an American one. Friends of the Israel Defense Forces, a group that supports Israeli soldiers, said Adelson was one of the organization’s greatest backers and that he had “adopted” three Israeli military brigades as part of one of its programs.

Adelson was also active in Israeli politics, launching a free newspaper called Israel Hayom that served as an unofficial mouthpiece for Netanyahu. The newspaper has played a central role in Israeli politics, promoting exclusives and leaks from his office and even helping trigger national elections in 2015 when a Netanyahu rival tried to pass a law that would limit its influence.

It also is connected to one of the corruption scandals for which Netanyahu is standing trial. Netanyahu is accused of promising the publisher of a rival newspaper that he would limit Israel Hayom’s influence in exchange for more positive coverage in the publisher’s daily, Yediot Ahronot. Adelson and his wife are listed as witnesses on the indictment against Netanyahu, who denies any wrongdoing.

“The Israeli people were not getting a fair and balanced view of the news and views and that’s why we started Israel Hayom,” he told reporters on a visit to Israel in 2013. “Go read the Yediot about all their attacking against Bibi all the time. They just attack him. Is this a fair and balanced view?” Bibi is Netanyahu’s nickname.

After Adelson’s death was announced, Israel Hayom’s website was flush with photos of Adelson, with the site posting four articles on him, including an obituary written by his wife.

Adelson supported some causes linked to the Israeli settlement movement, including Ariel University, Israel’s only university in the occupied territory, as well as City of David, a controversial archaeological park situated in an Arab neighborhood in east Jerusalem.

Adelson was also a major donor to numerous mainstream causes, and his foundation was a prolific giver to Jewish and Israeli groups, including Israel’s national Holocaust memorial, Yad Vashem.

His family foundation’s tax return for 2018 showed donations of $34 million to the Birthright Israel Foundation in New York, a program that brings young Jews from around the world on free trips to Israel.

It also lists a $10.7 million donation to the Maccabbee Task Force Foundation. The group says on its website that it’s dedicated to fighting anti-Semitism generally, and the Palestinian-led movement promoting boycotts and sanctions against Israel specifically, on college campuses. Adelson’s return also features more modest contributions, such as $10,000 to the Caribbean Jewish Community.

In the U.S., Adelson helped underwrite congressional trips to Israel, helped build a new headquarters for the lobbying group the American Israel Public Affairs Committee (AIPAC) and later was a top supporter of the Israeli-American Council, whose conferences have attracted top Republicans and Democrats. 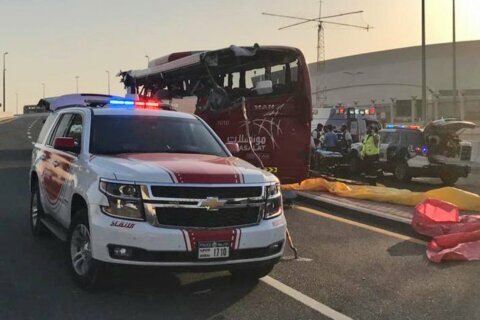 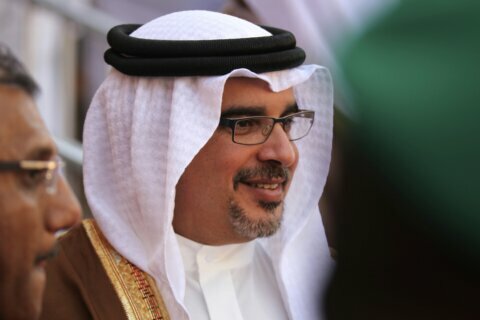