CAIRO (AP) — A fire, followed by an explosion at an ammunition warehouse at a naval academy in western Libya killed three people, including two officers, a Libyan spokesman said Wednesday.

It was not clear what caused the overnight blaze at the academy in the town of Janzur, about 24 kilometers (14 miles) west of the capital of Tripoli, said Masoud Abdal Samad, the spokesman of the Libyan navy. Four people were also wounded in the incident.

Samad said the dead included Brig. Gen. Ahmed Ayoub, the head of the academy, and Brig. Gen. Salem Abu Salah, who ran the naval college. The third person who died was not identified.

Video footage that circulated online following the incident shows firefighters and ambulances rushing to the site where a building is engulfed in a huge fire.

Libya slid into chaos following the 2011 NATO-backed uprising that overthrew and killed the country’s longtime dictator Moammar Gadhafi. The oil-rich country is now ruled by rival authorities in Tripoli and the country’s east. Eastern-backed forces had fought a months-long offensive to capture Tripoli but the campaign ended in failure last year. 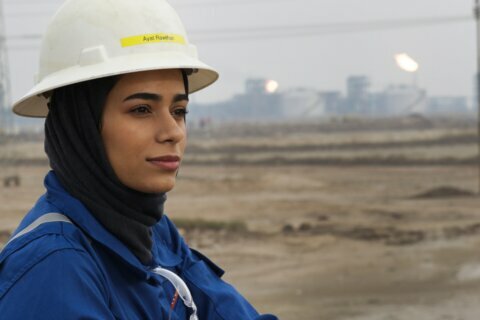