Houthi military spokesman Brig. Gen. Yehia Sarie said in a statement that air defenses downed the drone Monday over the district of Madghal in Marib province.

He said it was a CH4 UAV produced by state-owned China Aerospace Science and Technology Corp., or CASC, the largest contractor for the Chinese space program.

Sarie said the drone was run by the Saudi military.

A Saudi military spokesman was not immediately available for comment but the military is known to have this type of drone.

Footage aired by the Houthis’ Al-Masirah satellite TV channel showed rebel fighters gathered around the hand-launched drone, which appeared to have bullet holes in it.

Two tribal leaders in the Houthi-held area said Tuesday they saw the drone being shot down and catching fire. They spoke on condition of anonymity for fear of reprisals.

The Houthis claimed in August they shot down a U.S.-made drone over Yemen’s northern border with Saudi Arabia. At the time, the U.S. military said that no American aircraft had been lost.

The Shiite rebels, who overran Yemen’s northern parts and the capital Sanaa in 2014, have been fighting a Saudi-led and U.S.-backed military coalition since 2015.

The war in the Arab world’s poorest country has killed more than 112,000, including thousands of civilians. The conflict also resulted in the world’s worst humanitarian crisis. 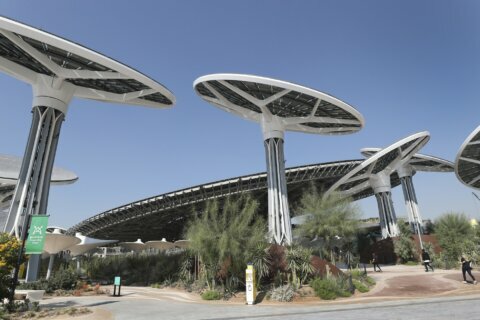