CORONAVIRUS NEWS: What to do, and not do, before and after your first shot | Prince George’s Co. enters new vaccination phase | Latest coronavirus test results
Home » Middle East News » Sudan: Ethiopian forces killed…

CAIRO (AP) — Sudan’s military Wednesday said a cross-border attack by Ethiopian forces and militias left causalities among Sudanese troops, a development that could strain ties between the two neighbors.

The military said in a statement that the attack took place late Tuesday as forces were returning from a sweep of the Abu Tyour area in the al-Qadarif province along the border with Ethiopia.

The statement did not say how many troops were killed or wounded.

Separately, military officials said the attack left at least four troops, including a major, dead and wounded a dozen others. They said the military sent enforcement to the borders with Ethiopia. The officials spoke on condition of anonymity because they weren’t authorized to brief the media.

Sudan deployed more than 6,000 troops to the border at the start of fighting in Ethiopia’s Tigray region that pitted the federal government against regional authorities last month. Ethiopia Prime Minister Abiy Ahmed declared victory in the fight. However, clashes between Ethiopian federal and regional forces have continued.

The fighting in Tigray has sent over 52,000 Ethiopian refugees into Sudan, mostly in al-Qadarif. The influx of refugees adds to Sudan’s economic and security burdens.

Tuesday’s attack on the Sudanese troops came three days after Prime Minister Abdalla Hamdok met with the Ethiopian leader in Addis Ababa. The visit lasted a few hours, despite an announcement by Sudan that it would be a two-day visit. Hamdok told a news conference that they finished their talks earlier than expected and there was no reason to stay.

Hamdok said the two sides agreed to resume talks next week in Khartoum over the border between the two countries.

Sudan’s transitional government has engaged in talks with Ethiopia in recent months to encourage Ethiopian farmers to withdraw from Sudan’s al-Fashqa border area, which they have cultivated for years.

The government of former Sudanese President Omar al-Bashir had tolerated the incursion of Ethiopian farmers, who were sometimes supported by militias. In May, at least one Sudanese army officer and one child were killed in an attack by an Ethiopian militia group in al-Qadarif.

Clashes break out in Tunisia after death of protester 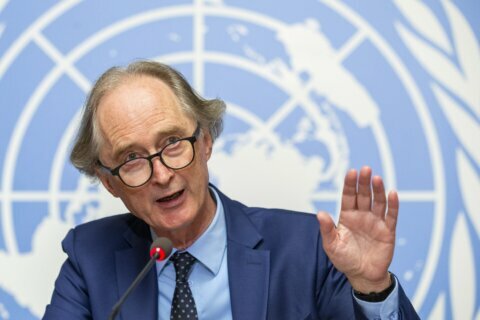