AMMAN, Jordan (AP) — A court in Jordan on Thursday sentenced five leaders of the national teachers’ syndicate to a year in prison over recent protests demanding a salary increase, a lawyer for the teachers said.

Bassam Fraihat said the court also ordered that the syndicate be dissolved. He said the five, who face an array of charges, including incitement to hatred and unlawful gatherings, are appealing the verdict and were released on bail.

The five were among 13 members of the Teachers Association council who were arrested in July after threatening to stage new protests over a long-running salary dispute. The arrests set off protests in the capital, Amman, in which anti-riot police clashed with protesters and beat several people with clubs, including an Associated Press reporter. Dozens of protesters were arrested.

Amman’s deputy attorney general suspended the 13 members from service and ordered the closure of the syndicate and its branches for two years over criminal and corruption charges. Thursday’s court order, if upheld, would dissolve the association.

Jordan is a close Western ally long seen as an island of stability in a volatile region. It borders Syria, Iraq, Israel and the Palestinian territories.

The Jordanian government had agreed to increase teachers’ salaries by 50% after a month-long strike in September 2019. But after restrictions related to the coronavirus outbreak hit the economy, the government postponed the salary hikes, drawing scorn from the teachers. They accused the government of failing to honor the agreement.

The government now says the salary increase will take effect in January. 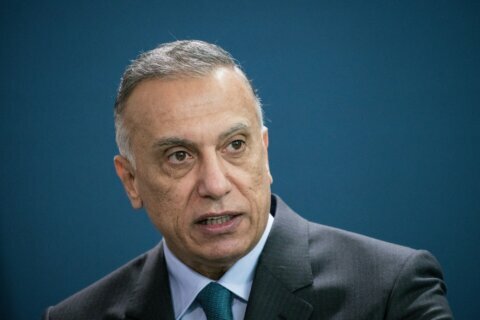 Libya rivals meet in Egyptian resort for talks on elections