TEHRAN, Iran (AP) — Iran on Friday summoned Turkey’s ambassador to Tehran over the Turkish president’s remarks during a visit to Baku, Azerbaijan, which Iran deemed offensive and said support a secession of Azeri ethnic parts of Iran.

During the visit to Baku, Erdogan attended a parade to celebrate a recent cease-fire agreement that allowed Azerbaijan to reclaim control over broad swathes of Nagorno-Karabakh and surrounding lands in a conflict with Armenia.

Iran, which borders all three countries, had stayed out of the decades-old conflict between Azerbaijan and Armenia and when fighting reignited in September, Tehran urged both sides to seek a peaceful solution.

At the Baku parade, Erdogan, who strongly backs Azerbaijan, reportedly read parts of a poem about how a border tore apart ancient Azeri, or Azerbaijani, lands “by force.” It refers to the separation of Azerbaijan between Iran and the Republic of Azerbaijan following the Treaty of Turkmenchay in 1828.

“The relations between Tehran and Baku are in very good shape now, but Erdogan’s remarks could raise a series of historical and controversial issues between the two countries,” Pakaeen said.

IRNA reported that Pakaeen said the Turkish president was trying to spread pan-Turkism, a political movement dating back to the 1880s. Iran’s foreign ministry said “the era of claiming lands and warmongering empires has long ended,” a reference to the Ottoman Empire.

Earlier in the day, Iranian Foreign Minister Mohammad Javad Zarif also criticized Erdogan’s remarks in a tweet: “Didn’t he realize that he was undermining the sovereignty of the Republic of Azerbaijan? NO ONE can talk about OUR beloved Azerbaijan.”.

There was no immediate comments from Ankara over the summoning of the ambassador in Tehran. 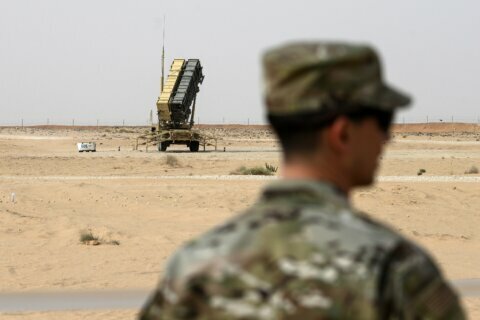 US exploring new bases in Saudi Arabia amid Iran tensions 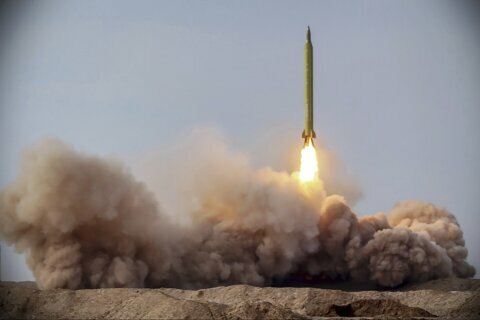