JERUSALEM (AP) — Israel’s blockade of the Hamas-ruled Gaza Strip has cost the seaside territory as much as $16.7 billion in economic losses and sent poverty and unemployment skyrocketing, a U.N. report said Wednesday, as it called on Israel to lift the closure.

The report by the U.N. Conference on Trade and Development echoed calls by numerous international bodies over the years criticizing the blockade. But its findings, looking at an 11-year period ending in 2018, marked perhaps the most detailed analysis of the Israeli policy to date.

Israel imposed the blockade in 2007 after Hamas, an Islamic militant group that opposes Israel’s existence, violently seized control of Gaza from the forces of the internationally recognized Palestinian Authority. The Israeli measures, along with restrictions by neighboring Egypt, have tightly controlled the movement of people and goods in and out of the territory.

Israel says the restrictions are needed to keep Hamas from building up its military capabilities. The bitter enemies have fought three wars and numerous skirmishes over the years.

But critics say the blockade has amounted to collective punishment, hurting the living conditions of Gaza’s 2 million inhabitants while failing to oust Hamas or moderate its behavior. Gaza has almost no clean drinking water, it suffers from frequent power outages and people cannot freely travel abroad.

“The result has been the near-collapse of Gaza’s regional economy and its isolation from the Palestinian economy and the rest of the world,” the U.N. agency said in a statement.

The last war was especially devastating, killing over 2,200 Palestinians, more than half of them civilians, and displacing some 100,000 people from homes that were damaged or destroyed, according to U.N. figures. Seventy-three people, including six civilians, were killed on the Israeli side, according to Israel’s Foreign Ministry, and indiscriminate Hamas rocket fire brought life to a standstill in southern Israel.

Using two methodologies, the report said that overall economic losses due to the blockade and wars ranged from $7.8 billion to $16.7 billion. It said Gaza’s economy grew by a total of just 4.8% during the entire period, even as its population grew over 40%.

These economic losses helped propel unemployment in Gaza from 35% in 2006 to 52% in 2018, one of the highest rates in the world, UNCTAD said.

“The impact is the impoverishment of the people of Gaza, who are already under blockade,” said Mahmoud Elkhafif, the agency’s coordinator of assistance to the Palestinian people and author of the report.

Israel has long accused the U.N. of being biased against it. The report, for instance, included only a brief mention that indiscriminate rocket fire at Israeli civilian areas is prohibited under international law. “Palestinian militants must cease that practice immediately,” it said.

Israel’s Foreign Ministry accused UNCTAD of failing its mission to assist developing economies and presenting a “one-sided and distorted depiction” that disregards ”terrorist organizations’ control over the Gaza Strip and their responsibility for what occurs in the Gaza Strip.”

“In light of all this, we cannot take the findings of the reports it publishes seriously, and this report is no different,” it said.

In Gaza, Hamas spokesman Hazem Qassem said the report revealed “the level of the crime” committed by Israel.

“This siege has amounted to a real war crime and pushed all services sectors in the Gaza Strip to collapse,” he said. “These figures also reveal the international inability to deal with the illegal siege on Gaza.”

Gisha, an Israeli human rights group that pushes for freedom of movement in an out of Gaza, said it was Israel’s “moral and legal obligation” to lift the closure. “The true price paid by Palestinians in lost time, opportunities, and separation from loved ones is inestimable,” it said.

The U.N. agency said it compiled the report at the request of the U.N. General Assembly and noted that it did not include other costs of Israeli occupation over the Palestinians. Israel captured the West Bank, east Jerusalem and Gaza Strip in the 1967 Mideast war, though it withdrew from Gaza in 2005.

UNCTAD, a technical agency that seeks to reduce global inequality, recommended that Israel lift the blockade to allow free trade and movement. It also called for reconstruction of Gaza’s infrastructure, addressing Gaza’s electricity and water crisis, allowing the Palestinians to develop offshore natural gas fields and for the international community to push Hamas and the Palestinian Authority to reconcile. 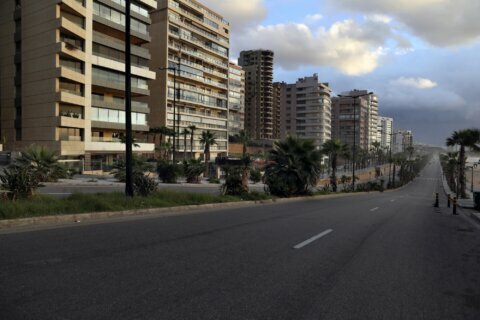 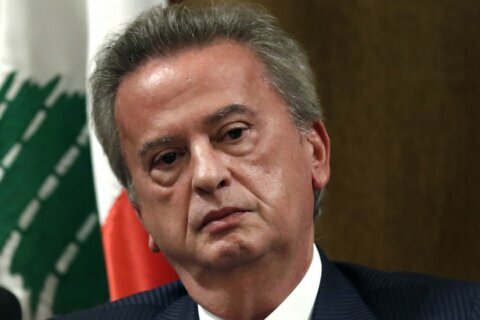