BEIRUT (AP) — The U.S. Treasury on Friday slapped sanctions on Lebanon’s former foreign minister and a leading Christian political ally of the militant Hezbollah group, singling him out for what it said was his role in corruption.

Gebran Bassil, a lawmaker who leads the largest bloc in parliament and a son-in-law of President Michel Aoun, has emerged as a major target of Lebanese protesters who thronged streets in an uprising last year over endemic corruption and state mismanagement.

The Treasury designation did not mention Bassil’s alliance or links to Hezbollah, but the sanctions targeting him appeared to be part of the Trump administration’s maximum pressure campaign against Iran and its allies in the region.

U.S. Secretary of State Mike Pompeo, in a statement, said Bassil contributes to a prevailing system of corruption and political patronage in Lebanon that has “aided and abetted Hezbollah’s destabilizing activities.”

The United States has been sanctioning Hezbollah officials for years, and recently began targeting politicians close to the group. In September, the Treasury imposed sanctions on two former Lebanese Cabinet ministers allied with the militant group in a strong message to Hezbollah and its allies who control majority seats in Parliament.

Friday’s announcement is a major expansion of the scope of sanctions targeting Hezbollah’s political partners in Lebanon.

“The systemic corruption in Lebanon’s political system exemplified by Bassil has helped to erode the foundation of an effective government that serves the Lebanese people,” said U.S. Treasury Secretary Steven T. Mnuchin.

Immediately after the designation, Bassil tweeted that the sanctions do not frighten him. “I have gotten used to injustice and learned from our history: It is our fate in this Orient to carry our cross every day … in order to survive,” he tweeted.

Hezbollah called it a purely political decision and blatant interference in Lebanese affairs. It said the U.S., “which supports and sponsors corrupt dictatorial states around the world, is the last country that has the right to speak of fighting corruption.”

The announcement came as the world anxiously awaited the result of U.S. elections and Donald Trump’s pathway to reelection appeared to shrink.

There have been concerns that sanctioning Bassil, a major power broker in Lebanon, would further complicate Hariri’s mission.

Bassil has held several high-level posts in the Lebanese government, serving as the minister of telecommunications, energy and water and as foreign minister at various intervals over the past two decades. He also heads the Free Patriotic Movement, the Christian party founded by Aoun, and is a top advisor to the president.

The Treasury designation described him as being “at the forefront of corruption” in Lebanon, accusing him of being involved in approving several projects that would have steered Lebanese government funds to individuals close to him through a group of front companies, while minister of energy in 2014.

Bassil was targeted under the Magnitsky Act, passed by Congress in 2012 initially in response to the death of Russian lawyer Sergei Magnitsky, who died in prison after exposing a tax fraud scheme involving Russian officials. The law named after him was expanded and allows the U.S. to target any foreigner accused of human rights violations and corruption.

Jared Kushner to travel to Saudi Arabia, Qatar this week 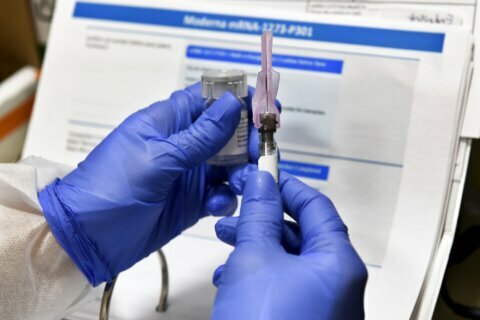