Turkey pulls out from another base in northwestern Syria

BEIRUT (AP) — Turkish troops in northwestern Syria have pulled out of a second military base in the area that…
Listen now to WTOP News WTOP.com | Alexa | Google Home | WTOP App | 103.5 FM

BEIRUT (AP) — Turkish troops in northwestern Syria have pulled out of a second military base in the area that had been surrounded by Syrian government forces, media activists said Tuesday.

The pullout from the observation post in Sher Mogher in northern Hama region comes nearly a month after the evacuation of Turkey’s largest military base in the area that was once held by the Syrian opposition. The area was overran by Syrian government troops late last year during a military offensive that also displaced nearly a million people.

The development comes as violence returned to the overcrowded rebel-held enclave, with resumption of Syrian government strikes.

A Turkish official, speaking on condition of anonymity in line with government regulations, said the evacuation was not a “withdrawal but a redeployment in line with necessities on the ground.”

Turkish troops also withdrew from a military post near M5, a highway that runs through the northwest. Opposition media platforms, including Step News Agency, reported that Turkish troops also began evacuating a third post in rural Aleppo, which had been breached by advancing Syrian government troops. The Turkish troops were filmed arriving in rebel-held areas in northern Idlib.

A cease-fire deal between Russia and Turkey had established the Turkish observation posts to monitor the truce. Turkey backs the Syrian opposition while Russia is the Syrian government’s main military and diplomatic ally.

But the truce has been violated by repeated military operations and attacks.

Currently, government forces have been targeting areas in the shrinking territory held by the Turkey-backed opposition. An airstrike last month on a training camp for one the largest Syrian opposition groups, and Turkey’s closest ally, was the deadliest since the cease-fire last year, and killed dozens of rebels. Other strikes last week killed at least four children and two aid workers.

It was not immediately clear whether the Turkish pullout was part of a deal to reposition Turkish observation posts inside the opposition-held enclave — or was aimed at reducing Turkey’s military presence in the area. 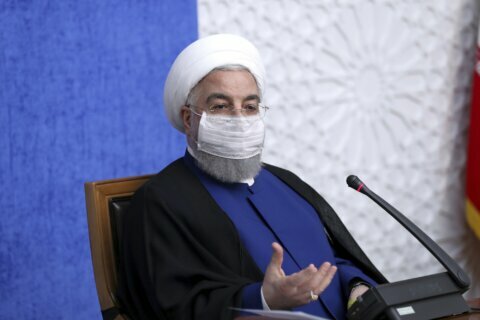