TEHRAN, Iran (AP) — Iran’s intelligence ministry arrested a leader of a separatist group allegedly involved in the killing of dozens of people during a military parade in 2018, state-run IRNA news agency reported Thursday.

The report said the ministry announced that Farajollah Cha’ab was arrested and called him “the main person in the terrorist attack” in September 2018 in the southwestern city of Ahvaz.

The report did not elaborate on when or where he was arrested.

The statement said Cha’ab had been planning more attacks in Tehran and Khuzestan province.

In September 2018, militants disguised as soldiers opened fire on an annual military parade in Ahvaz city, the capital of Khuzestan province. At least 25 people were killed and 70 wounded, including a 4-year-old boy. 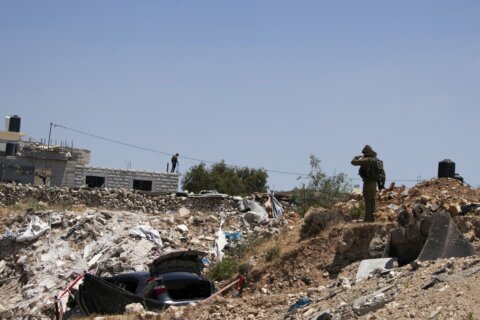