BEIRUT (AP) — She is a nurse at a Beirut hospital, and still Rita Harb can’t find her grandfather’s heart drugs.

She has searched pharmacies up and down Lebanon, called friends abroad. Not even her connections with doctors could secure the drugs. Unlike many amid Lebanon’s financial crash, she can afford them — they just aren’t there.

To get by, her 85-year-old grandfather is substituting his medicine with more pills of a smaller concentration to reach his dosage. That too could run out soon.

“But if he dies, he dies,” Harb said with a small, bitter laugh of resignation that has become a common reaction among Lebanese to their country’s multiple crises.

Drugs for everything from diabetes and blood pressure to anti-depressants and fever pills used in COVID-19 treatment have disappeared from shelves around Lebanon.

Officials and pharmacists say the shortage was exacerbated by panic buying and hoarding after the Central Bank governor said that with foreign reserves running low, the government won’t be able to keep up subsidies, including on drugs.

That announcement “caused a storm, an earthquake,” said Ghassan al-Amin, head of the pharmacist syndicate.

Lebanese now scour the country and beyond for crucial medications. The elderly ask around religious charities and aid groups. Family members plead on social media or travel to neighboring Syria. Expats are sending in donations.

It’s the newest stage in the economic collapse of this country of 5 million, once a regional hub for banking, real estate and medical services.

More than half the population has been pushed into poverty and people’s savings have lost value. Public debt is crippling, and the local currency plunged, losing nearly 80% of its value. The health sector is buckling under the financial strain and coronavirus pandemic.

Lebanese are back to hoarding basics, such as water and fuel, like they did during the country’s 15-year civil war. Trust in the ruling class — mostly in power since the war ended in 1990 — vanished as the country grapples with a financial breakdown, the pandemic, and the fallout from the deadly Aug. 4 explosion at Beirut’s port that wrecked the facility and large swaths of the city.

Lebanon imports nearly everything, including 85% of its pharmaceuticals.

Lifting subsidies is an inevitable step for the highly-indebted government. This is expected to send prices and inflation soaring and the Lebanese pound further tumbling. Fixed at 1,500 to the dollar for decades, it now hovers around 7,000 for $1 on the black market.

People are hoarding medications, fearing they will no longer be able to afford them. Suppliers are shelving drugs, worried they won’t have enough dollars to buy more — or hoping to sell for higher when subsidies are lifted. Strapped pharmacies can’t stock shelves because suppliers now demand cash payment.

Meanwhile, the difference between the official and black market dollar rate energized smuggling, and subsidized Lebanese drugs were now whisked out to neighboring countries.

In the chaos, six out of every 10 brand drugs have become unavailable, said Malak Khiami, the pharmacist at Amel Association, a humanitarian group that offers primary health care.

The problem became so bad that one enraged buyer, an off-duty soldier, pulled out his gun and threatened a pharmacist who told him he didn’t have Panadol, a basic pain reliever.

At his pharmacy in Bchamoune, outside Beirut, Ziad Jomaa said he and the gun-toting buyer were both victims of a corrupt and failed political class.

The incident, caught on CCTV footage, brought Jomaa sympathy, including from the pain relief suppliers who immediately sent him 50 boxes.

But he had to take new security measures. He closed the pharmacy door at night, only taking orders through a window, and hired a guard.

“They put me in confrontation with the public,” Jomaa said.

Civil groups stepped in to fill the gaps.

At one of Amel’s centers, in Beirut’s Baajour district, 800 people sought medicine or health care at nominal fees in October, nearly double the number in August. Amel has been keeping up its longest emergency relief program since 2006, when a war with Israel destroyed large parts of Beirut and killed over 1,000 people.

“People are suffering big, big time,” said , said Zeina Mohanna, a board member. They “are set in fear for survival.”

Intissar Hatoum, 63, lined up at the center’s dispensary. Gripping a plastic bag with her empty drug boxes, she came for whatever is available: inhalers, hypertension and heart pills, anti-coagulants. Her unemployed husband suffers from kidney disease. Less urgent are her cholesterol pills.

A housewife, Hatoum relies on her taxi driver son to pay medical bills, often skipping warm meals to afford them. He has asked around southern Lebanon and Syria for their prescriptions.

“He didn’t leave a place he didn’t look,” she said.

Lebanese rely heavily on pharmaceuticals. Nearly 44% of all health care spending is on drugs, compared to around 17% percent in Western nations, according to a BlomInvest Bank study.

For decades, the market has been controlled by some two dozen importers. The law awards select importers exclusive rights in each sector, keeping out competitors and giving them enormous power to resist reforms.

The exclusive import rights are a a key feature of Lebanon’s economic order, which after the civil war’s end became controlled by militia chiefs, wealthy traders and real estate owners. Focusing on services, it was reliant on imports and foreign labor.

As that model falls apart, the market for foreign drugs is bound to shrink, said Viviane Akiki, an economic reporter who also covers pharmaceuticals. “The dollar shortage will impose new solutions.”

But it is not clear Lebanon’s small domestic drug production can fill the gap.

Mahmoud believes suppliers are holding back medications waiting for higher prices — or smuggling them. One gout drug, he said, was found in Iraq, selling for $7, more than five times its price in Lebanon. 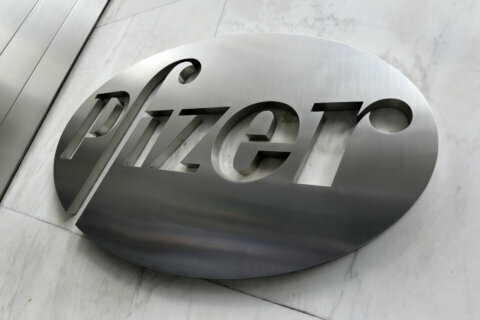 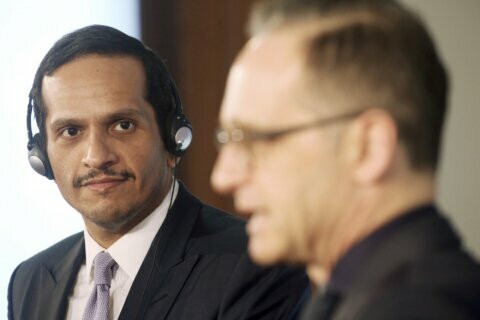