Direct flights on flydubai between Dubai and Tel Aviv, two of the region’s financial hubs, will begin Nov. 26, the carrier said, the result of a bilateral air travel pact signed last month. The state-owned carrier is already selling tickets on its website.

In recent weeks, planes carrying dozens of Israelis, eager to make public their long-secret business ties with the UAE, have touched down in Dubai to meet for talks with their Emirati counterparts. Other national carriers have started cargo flights. The two countries have inked a raft of other commercial deals to deepen their ties, including for visa exemption for Israeli travelers.

Flydubai said the 14 weekly flights would significantly boost commercial relations between the UAE and Israel, as well as open up a crucial new hub for Israelis traveling to the Far East and Africa, shaving several hours off the journey times. The diplomatic deal has set off a flurry of excitement in Israel, where tourists have for years faced travel restrictions due to Israel’s reputation as a political pariah in the Arab world.

Saudi Arabia’s decision to let Israeli flights pass through its airspace for the first time, another diplomatic milestone, makes the Tel Aviv-Dubai route commercially viable, with a flight time between three and four hours.

“The start of scheduled flights will contribute to economic development and create further opportunities for investment in pursuit of our shared interests and values,” said Ghaith Al Gaith, CEO of flydubai.

Dubai, with its luxury hotels and cavernous malls, will be glad of the influx as its economy, built largely on tourism and hospitality, suffers from the fallout of the coronavirus pandemic.

The low-cost carrier operates out of both of Dubai’s airports, including Dubai International Airport, which was ranked the world’s busiest for international travel before the pandemic. Flydubai has code-share flights with Dubai’s flagship Emirates Airline, but the two operate independently.

Bahrain swiftly followed the UAE in normalizing relations with Israel. The agreements marked a diplomatic achievement for U.S. President Donald Trump ahead of his reelection campaign and reflect a changing Middle East, in which shared enmity of Iran has largely overtaken traditional Arab support for the Palestinians.

The Palestinians have rejected the agreements, which they see as peeling away Arab support, one of their few advantages in moribund peace talks with Israel. 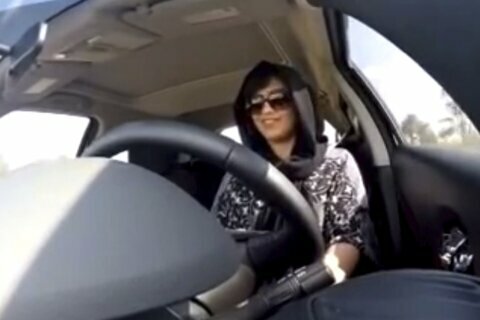