Syria Kurds free hundreds of IS militants as part of amnesty

BEIRUT (AP) — Kurdish-led authorities released on Thursday hundreds of militants from the Islamic State group imprisoned in northern Syria, as part of a general amnesty in the region controlled by the U.S.-backed fighters.

Amina Omar, the head of the Syrian National Council, told reporters that IS members who were released have “no blood on their hands” and have all repented joining IS at some point.

“They are people who can be reformed,” Omar said shortly before the men were freed.

The Syrian Democratic Council said the 631 prisoners were released Thursday while 253 others will have their terms cut in half. It said the amnesty and the release followed requests by tribal leaders in northeastern and eastern Syria.

Kurdish authorities currently operate more than two dozen detention facilities scattered across northeastern Syria, holding about 10,000 IS fighters. Among the detainees are some 2,000 foreigners whose home countries have refused to repatriate them, including about 800 Europeans.

The Islamic State group — which at the height of its power in 2014 controlled a third of both Iraq and Syria — lost its last sliver of land last year when the U.S.-backed Kurdish-led Syrian Democratic Forces captured the eastern Syrian village of Baghouz.

Since then, the extremists have gone underground, carrying out hit-and-run attacks, mostly targeting Syrian government forces and the Kurdish-led fighters.

Earlier this month, the Kurdish-led authority said it will allow Syrian citizens to leave a sprawling camp that houses tens of thousands of women and children, many of them linked to IS.

Most of the detainees at al-Hol camp are Syrian and Iraqi women and children. Another highly secured tent settlement that is part of the camp is known as the Annex and is home to some 10,000 hard-line IS supporters from other countries.

The overpopulated camp is home to a total of 65,000 people and has been a burden to the Syrian Democratic Forces and the Kurdish police in charge of security at the facility. Crime rates have been high inside the camp and some of the women have tried to escape.

Over the past 10 days dozens of families have left the camp. 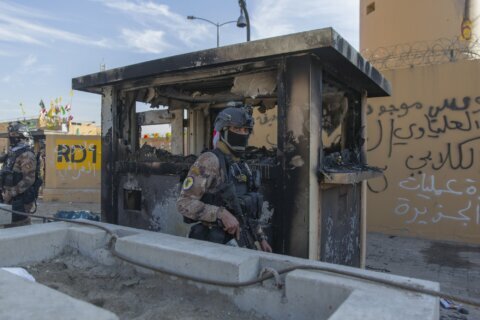 US to reduce staff at Baghdad embassy amid regional tensions 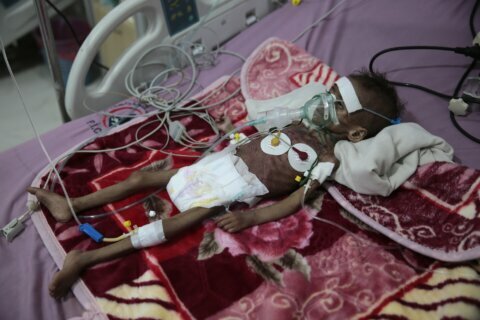