BEIRUT (AP) — A leading human rights group said Thursday that a yearlong military campaign by Syrian and Russian forces that repeatedly attacked civilian targets in the last rebel stronghold in northwestern Syria constituted apparent war crimes and may amount to crimes against humanity.

Human Rights Watch released a 167-page report titled “Targeting Life in Idlib,” in which the group names 10 senior Syrian and Russian civilian and military officials — including Russian President Vladimir Putin, Syrian President Bashar Assad as well as defense ministers and top generals — who may be implicated in war crimes as a matter of command responsibility.

“They knew or should have known about the abuses and took no effective steps to stop them or punish those responsible,” Human Rights Watch said in its report, which covered attacks on Idlib province between April 2019 and March.

The monthslong Russian-backed Syrian offensive killed and wounded thousands and displaced nearly a million people. The offensive stopped in March, when Turkey and Russia agreed on a cease-fire. Turkey is a main backer of Syrian rebels while Russia has joined Syrian government forces in the battles.

“The repeated unlawful attacks appear part of a deliberate military strategy to destroy civilian infrastructure and force out the population, making it easier for the Syrian government to retake control,” said Kenneth Roth, executive director of Human Rights Watch.

Human Rights Watch documented 46 air and ground attacks, including the use of cluster munitions, that directly hit or damaged civilian targets in violation of the laws of war. The strikes killed at least 224 civilians and wounded 561, HRW said adding that they were only a fraction of the total attacks during that time in Idlib and surrounding areas.

It said the documented strike concentrated on four urban areas, including the provincial capital, also called Idlib, as well as the towns of Jisr al-Shughour, Ariha and Maaret al-Numan damaging 12 health care facilities and 10 schools, forcing them to shut down, in some cases permanently. 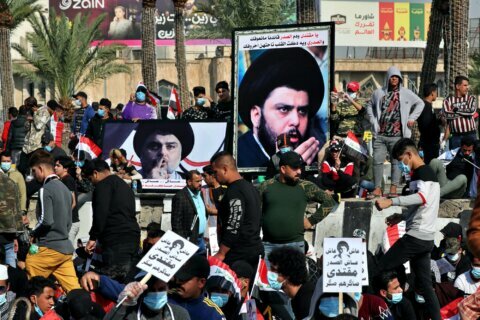