CAIRO (AP) — Libyan security forces said they have arrested one of the country’s most wanted human traffickers in the capital, Tripoli, more than two years after the United Nations’ Security Council imposed sanctions against him.

The arrest of Abdel-Rahman Milad, who also commanded a Coast Guard unit in the western town of Zawiya, was announced in a statement late Wednesday by the Interior Ministry of the U.N-supported government in Tripoli.

The ministry said Milad, better known as Bija, is wanted on charges of human trafficking and smuggling of fuel. France’s Embassy in Libya welcomed the arrest as a key development in fighting human trafficking in the war-torn nation.

Libya has been plagued by corruption and turmoil since a NATO-backed uprising toppled and killed longtime dictator Moammar Gadhafi in 2011. It is split into two administrations. The one in the west, including Tripoli, is ruled by the U.N.-supported government, while the east-based government is supported by powerful military commander Khalifa Hifter.

Oil-rich Libya has emerged as a major conduit for people from Africa and the Middle East fleeing wars and poverty and hoping to reach Europe.

In June 2018, the Security Council imposed sanctions on Milad and five other leaders of criminal networks engaged in trafficking of people and migrants from Libya. At the time, Milad was described as the head of the Coast Guard unit in Zawiya “that is consistently linked with violence against migrants and other human smugglers.”

U.N. experts monitoring sanctions claimed Milad and other Coast Guard members “are directly involved in the sinking of migrant boats using firearms.” Milad denied any links to human smuggling and said traffickers wear uniforms similar to those of his men.

The timing of his arrest raises questions, given that he moved freely in western Libya over the past two years and fought alongside Tripoli-allied militias to repel a yearlong attack on the capital by Hifter’s forces. Milad appeared in a video footage in June threatening to uncover alleged corruption of ruling bodies in Tripoli.

His arrest could threaten the western Libya militia alliance and give their rivals — Hifter’s forces — a window to rally support. This could also explain why Tripoli authorities have not dared arrest Milad or other militia leaders in the past years.

Later, hundreds of Milad’s supporters rallied against his arrest in Zawiya and elsewhere in western Libya, accusing Interior Minister Fathi Bashaga of cracking down on certain armed group in Tripoli while sparing others, such as militias from the city of Misrat, from where the minister is from.

A spokesman for Libya’s Interior Ministry did not immediately respond to phone calls and messages seeking comment.

Jalel Harchaoui, a research fellow specializing in Libyan affairs at the Clingendael Netherlands Institute of International Relations, said Bashaga has an interest in showing strength to his multiple audiences, including the international one.

“Bija had become somewhat a celebrity outside Libya over recent years,” he said, adding that there is a tendency to focus on individuals, blaming them for the migrant situation in Libya, rather than a structurally dysfunctional system involving many foreign governments and international players. 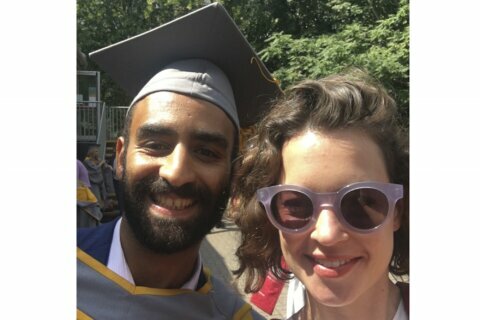