CAIRO (AP) — Egyptian authorities have arrested hundreds of people in their effort to clamp down on a spate of…
Listen now to WTOP News WTOP.com | Alexa | Google Home | WTOP App | 103.5 FM

CAIRO (AP) — Egyptian authorities have arrested hundreds of people in their effort to clamp down on a spate of small but exceptionally rare protests across the country, a global watchdog and human rights lawyers said Friday.

Riot police forcibly dispersed the limited demonstrations over economic grievances that erupted across several impoverished, rural villages over the past few weeks, firing tear gas and birdshot, according to a new report from London-based rights group Amnesty International.

The group said it verified videos showing officers with rifles out in force, in two cases beating unarmed protests with batons and firing birdshot at those running away. Two men were killed in the crackdown, the group said, one hit with birdshot by security forces south of Cairo and another during a police raid in the southern city of Luxor.

Hundreds have landed in jail, according to estimates from multiple lawyers, and remain in custody pending investigations into murky terrorism-related charges, a common tool used by state prosecutors to silence critics and quash dissent. From interviews with eyewitnesses, activists, family members and lawyers, Amnesty said it had confirmed that 496 people remain in detention.

In an unusual show of defiance, small groups of Egyptians dared to join street demonstrations on the anniversary of short-lived protests against the authoritarian rule of President Abdel Fattah el-Sissi that flared last year.

“The fact that these protesters took to the streets while knowing the very high risk to their lives and safety they were taking shows how desperate they were to demand their economic and social rights,” said Philip Luther, Amnesty’s regional research and advocacy director.

This year, the turnout was much smaller, confined to poor neighborhoods in villages rather than major streets in the capital. Still, the government response was swift and decisive.

Khaled Ali, a well-known Egyptian human rights lawyer, told The Associated Press that he documented 800 arrests following protests in the suburb of Giza, the northern city of Alexandria, and towns in southern Egypt, including Luxor and Aswan. He said police used electric shocks when interrogating one of his clients who was picked up in the northeastern city of Suez.

A lawyer at the Egyptian Front for Human Rights, a monitoring group, said he represents 50 defendants across five different provinces caught in the most recent crackdown, but knows of a total of 1,200 people detained last month from records shared among lawyers. He said officers denied 14 of his clients at a prison in Giza adequate food and water, and routinely beat them during interrogations. In 90% of the cases, he said, those arrested had not participated in street protests but were pulled from their homes after rallies died down.

“This is why we call the arrests arbitrary,” he said, speaking on condition of anonymity for fear of reprisals. “The authorities are under pressure. They can’t let demonstrations happen without arrests.”

One resident of Aswan confirmed to the AP that his brother, a village leader, disappeared after protests broke out in the city on Sept. 20. Four days later, he resurfaced at the local prosecution office and was ordered detained for 15 days on charges of misusing social media and joining illegal demonstrations . He spoke on condition of anonymity for the same reason.

In 2013, el-Sissi led the military backed ouster of the country’s first democratically elected but divisive Islamist president, Mohammed Morsi, amid mass protests against his brief rule. In the years since, the government has ratcheted up its crackdown, targeting not only Islamist political opponents but also secular pro-democracy activists, journalists and online critics.

A government media officer did not respond to requests for comment about the allegations. The Interior Ministry has not publicly acknowledged making arrests in response to demonstrations. But Egypt’s state prosecution office said in a statement earlier this week that it had released 68 children who had been arrested for “participating in the recent riots.”

The lawyer at Egyptian Front for Human Rights said 100 children had been picked up at protests in the southern city of Aswan. While the 68 released were under the age of 14, dozens of teenagers remain detained, he added.

The protests last month were largely ignited by worsening economic conditions, as the government accelerates demolitions of illegal housing units in Egypt’s vast informal settlements. One third of the population lived in poverty before the coronavirus pandemic, but life for ordinary Egyptians has gotten far harder in recent months, as the country’s tourism-dependent economy grapples with the fallout of virus-induced lockdowns.

State-owned media insists the situation is under control. On Friday, pro-government TV channels broadcast footage of throngs of Egyptians waving flags and raising portraits of el-Sissi in celebration of Armed Forces Day, the holiday to commemorate the 1973 war with Israel. 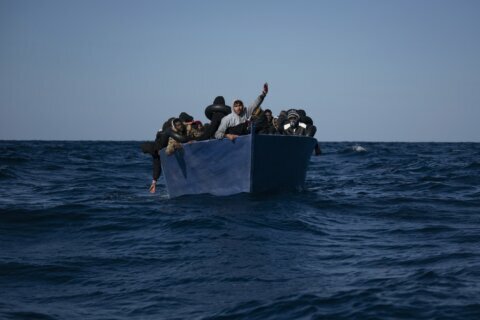 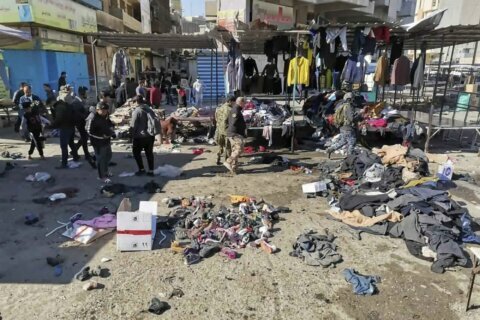