COPENHAGEN, Denmark (AP) — The Red Cross on Monday announced the opening of a new field hospital in southern Yemen specifically to treat coronavirus patients, as the virus continues to spread largely unchecked in the war-torn country.

In the south, an already wrecked health system seems to have completely shut down. Many medical facilities in Aden, southern Yemen’s main city, have closed as staffers fled or simply turn patients away.

In a news release, the International Committee for the Red Cross said the new 60-bed field hospital in Aden has emergency rooms, wards, an X-ray department and a laboratory.

Norway was a major donor to the new facility. The United Nations has repeatedly called on other countries to make good on their pledges of financial aid to Yemen at a donor conference earlier this year.

“When COVID-19 hit Aden hard a few months ago, many hospitals shut their doors. People could not afford medicine, and other infectious diseases resurfaced,” said Alexandre Equey, the head of the ICRC delegation in Yemen. “When people contract COVID-19, they must have a place they can go for medical assistance.”

Officially, Yemen has had some 2,030 confirmed cases of the new coronavirus. However, with a death toll of more than 587, it has the highest ratio of deaths to cases in the world. It’s believed that the vast majority of the country’s cases have gone undiagnosed and untreated, and health workers have said only those who are near death are usually brought to hospitals.

“This center will both rescue lives now and prevent increased infection on the long run,” said Norwegian Foreign Minister Ine Eriksen Soereide in a press release.

She said the Norwegian government contributed to the center’s funding for facilities. The country has so far this year contributed 215 million kroner ($23.6 million) in humanitarian aid to Yemen, which is distributed via the International Red Cross, the U.N. and Norwegian agencies, according to the Norwegian Foreign Ministry.

The Finnish Red Cross and the Yemeni Red Crescent also helped with its preparations, according to ICRC.

Yemen’s ongoing civil war erupted in 2014 and pits the internationally recognized government in the south, backed by the U.S. and Saudi Arabia, against the Houthi rebels, who control the north. Last year, infighting broke out in southern Yemen between government forces and separatists backed by the United Arab Emirates, threatening the anti-Houthi camp.

At the same time, the Norwegian Refugee Council said in a separate statement that more than three quarters of displaced and conflict-affected people worldwide have lost their incomes since the start of the pandemic.

The devastating economic impact is tipping many into a hunger, homelessness and an education crisis, the group said in a report based on detailed surveys and needs assessments in 14 countries.

“The world’s most vulnerable communities are in a dangerous downward spiral,” said Jan Egeland, head of the Oslo-based NRC. “Already forced from their homes by violence, often with limited rights to work or access to government services, the economic impact of the pandemic is pushing them to catastrophe.” 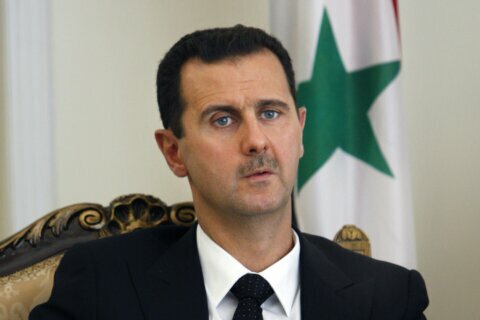