AL-DHAFRA AIR BASE, United Arab Emirates (AP) — Jared Kushner and U.S. officials visited a major air base in the United Arab Emirates on Tuesday, speaking to Emirati and American pilots on the tarmac, as Iran’s supreme leader called the UAE’s recognition of Israel “treason that will not last for long.”

The U.S.-brokered deal to establish diplomatic relations between Israel and the UAE reflects a changing Middle East in which shared concerns about Iran have overtaken traditional Arab support for the Palestinians. While the U.S. says the deal will promote regional peace and stability, the belligerent threat by Ayatollah Ali Khamenei underlined the risks inherent in the rapprochement.

The U.S. delegation, headed by Kushner, arrived in the UAE on an El Al plane on Monday in the first-ever direct commercial passenger flight between the two countries. The flight followed an agreement brokered by the Trump administration last month that saw the two countries agree to establish diplomatic relations.

King Hamad “praised the steadfast, historic stances of the United Arab Emirates” in ensuring Palestinian rights, BNA said. Kushner has expressed optimism that other Arab countries will soon follow the UAE in establishing official ties with Israel, even in the absence of a peace deal with the Palestinians.

Kushner later traveled to Saudi Arabia, where he met Crown Prince Mohammed bin Salman, according to the state-run Saudi Press Agency. They discussed “the prospects for the peace process in the region and the need to resume negotiations between the Palestinian and Israeli sides to achieve a just and lasting peace,” SPA said.

While at the base near Abu Dhabi, Kushner and U.S. National Security Adviser Robert O’Brien met Emirati Maj. Gen. Falah al-Qahtani, a top defense official. Thousands of American troops work at the base.

“Our relationship has been built on trust and mutual support,” al-Qahtani told reporters. “We have stood together to fight extremism in all of its forms.”

O’Brien added that the U.S. expected a “significant security aspect” in the Israel-UAE normalization, without elaborating. Journalists also toured a joint command center run by both the U.S. and the UAE at the site.

Kusher, not wearing a facemask amid the coronavirus pandemic, shook hands with the U.S. and Emirati pilots gathered for the event. He also left a written message at the base.

“May the relationship with America continue to grow and together, through strength, will benefit as we bring more peace and prosperity to the Middle East and beyond!” he wrote.

But as the visit drew to a close, state media in Iran begin broadcasting Khamenei’s remarks, which referred the UAE’s recognition of Israel as a “stain” on the country.

“The United Arab Emirates committed treachery against either the Islamic world or Arab nations and regional countries, as well as Palestine,” Khamenei said. “The treason will not last for long.”

Iran long has insisted its program is only for peaceful purposes. But since Trump unilaterally withdrew from the 2015 Iran nuclear deal, Tehran has broken all the limits the accord placed on its program amid a series of escalating incidents in the region.

“The path to peace and prosperity is not through incitement and hate speech,” Foreign Ministry official Jamal al-Musharakh said. “That kind of rhetoric is counterproductive to peace in the region.”

The journalists’ visit to Al-Dhafra shows the change in the relationship between the Emirates and the U.S., which established defense deals with the UAE, a federation of seven sheikhdoms on the Arabian Peninsula, amid the 1991 Gulf War. Emirati special forces deployed to Afghanistan after the 2001 American-led invasion that followed the Sept. 11 attacks.

But the U.S. military for years only vaguely referred to Al-Dhafra as a base in “southwest Asia.” In recent years, the UAE has been far more willing to acknowledge the U.S. presence here and elsewhere in a country that hosts some 5,000 American troops. Dubai’s Jebel Ali port also is the U.S. Navy’s busiest port of call outside of America.

Al-Dhafra has hosted U.S. Air Force F-35 stealth warplanes for years, as well as surveillance aircraft, armed drones and refueling planes. The American delegation’s visit to the base during the this tour suggests a sale of the F-35s to the UAE, which has long coveted the advanced aircraft, could be a key part of the deal.

The UAE has touted the normalization deal as a tool to force Israel into halting its contentious plan to annex parts of the West Bank sought by the Palestinians for their future state. It also may help the Emiratis acquire advanced U.S. weapons systems that have been previously unattainable, such as the F-35 fighter jet. Currently, Israel is the only country in the region with the stealth warplanes.

Israeli Prime Minister Benjamin Netanyahu has denied any connection between the normalization deal and the U.S. providing advanced weaponry to the UAE.

The U.S. has said it is reviewing a longstanding UAE request for the warplanes, while remaining committed to maintaining Israel’s qualitative military advantage over its Arab neighbors.

Netanyahu also has denied agreeing to halt his plan to annex West Bank territory as part of the deal. He says he agreed to delay it, but insists he still intends to carry out the annexation in the future.

“These understandings will help us advance mutual investments and broad cooperation,” Netanyahu said. 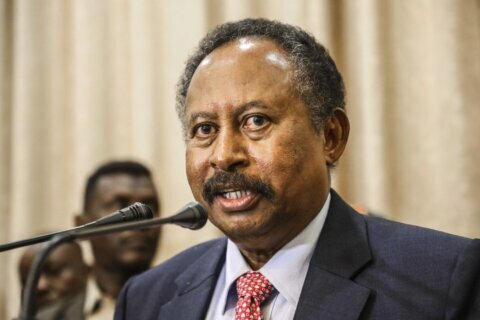 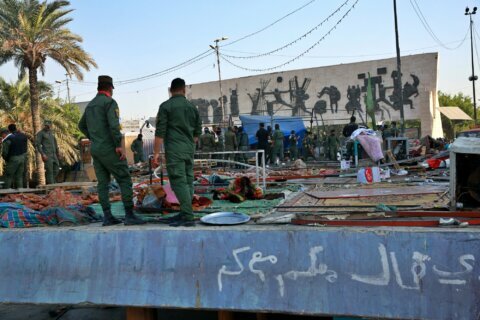 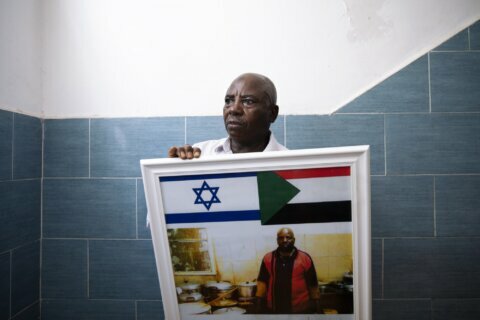