DUBAI, United Arab Emirates (AP) — The Israeli and Dubai diamond exchanges announced Thursday they had struck a deal to boost trade, just days after Israel signed breakthrough agreements with United Arab Emirates and Bahrain at the White House to normalize their relations.

With the U.S.-brokered agreements, the UAE and Israel are taking their quiet economic ties public for the first time. The UAE announced the end of its boycott of Israel last month, allowing commerce to flow between the oil-rich Emirates and Israel. Already, Emirati and Israeli banks and research firms have rushed to sign agreements.

Israel, once the world’s largest diamond sales center, remains a major leader in the polishing of large diamonds and is home to a booming high-tech sector. Dubai, a regional financial hub, also hosts an emerging diamond trade. The industry there has grown from an export trade of $3.6 billion in 2003 to $23 billion in 2019.

The Israeli Diamond Exchange will open an office in Dubai, while the Dubai Multi Commodities Center, an economic free zone, will set up shop in Ramat Gan, Israel, the base of the Israeli exchange.

Ahmed Bin Sulayem, head of the DMCC and chairman of the Dubai Diamond Exchange, expressed excitement about the economic benefits for both sides, saying the agreement “will attract businesses to the emirate as well as boost the regional and international trade of this precious stone.”

Also on Thursday, Emirates Flight Catering, which supplies meals to Emirates Airlines and over 100 others, said it would establish a facility dedicated to making certified kosher food at its UAE headquarters, with production due to start in January.

With Israeli businessmen and tourists expected to start popping up soon in the federation of seven sheikhdoms, “demand for kosher food in the UAE and the region will grow quickly,” said Saeed Mohammed, CEO of Emirates Flight Catering. The partnership with CCL Holdings, a kosher certification company, will likely extend to opening kosher restaurants and offering certified kosher food at hotels and events across other Gulf Arab countries, he added, without specifying which ones. 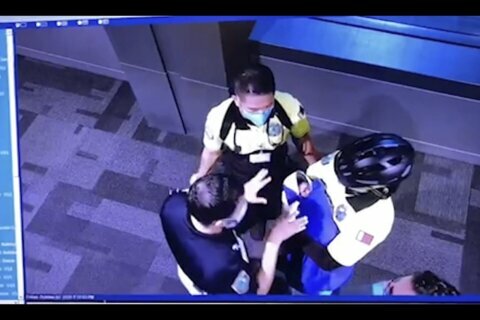