DUBAI, United Arab Emirates (AP) — Dubai is tapping the global financial market to potentially raise billions of dollars for the first time in years, a new bond prospectus shows, revealing the deepening toll of the coronavirus pandemic on its economy.

From long-haul carrier Emirates to its delayed Expo 2020, the city-state in the United Arab Emirates is scrambling to secure its financial position and take advantage of record-low interest rates. Already, the UAE’s oil-rich capital of Abu Dhabi has raised billions the same way.

But old debts and other worries still cloud Dubai’s future as it struggles with the fallout of the coronavirus pandemic.

The bond prospectus, seen on Tuesday by The Associated Press, outlines several factors that make Dubai particularly vulnerable to economic disruption during the pandemic, including its dependence on a steady influx of foreign businesses, migrant workers and tourism.

The pandemic also has cut the demand for oil and hurt Dubai’s vital property market, which has seen values drop by a third since 2014. The virus case count in the United Arab Emirates is steadily rising, with over 70,000 reported infections, including 384 deaths.

Long-haul carrier Emirates, based at the once-bustling Dubai International Airport, received a $2 billion bailout from the Emirati government as lockdowns imposed to curb the virus shut borders and grounded flights worldwide, the prospectus shows.

Emirates, owned by a Dubai sovereign wealth fund, already has reduced salaries for half its staff and in May fired an undisclosed number of employees.

The bond and Islamic securities prospectus put the government’s total public debt at $33.6 billion as of June 30, although the figure does not include the debts of heavily burdened government-linked firms.

By the end of this year alone, Dubai and its government-linked firms face $9.2 billion of debt coming due, with a $30.6 billion bill coming by 2023, according to London-based Capital Economics. Although state-linked firms wield significant influence over the economy, officials have long sought to portray their debt as separate from the city-state’s sovereign debt.

Dubai has spent billions preparing for its Expo 2020 world’s fair, now postponed to 2021 because of the pandemic. The city-state projects a budget deficit for this year alone of $3.2 billion, according to the prospectus.

Meanwhile, other risks remain. The prospectus cited the recent Iranian seizure of several oil tankers near the Strait of Hormuz that sharply escalated tensions between Tehran and the U.S. 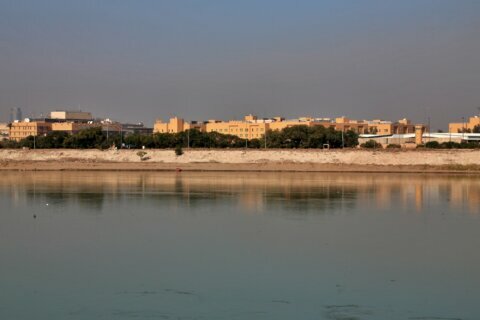