CAIRO (AP) — Amnesty International said Thursday that thousands of Europe-bound migrants who were intercepted and returned to Libyan shores this year were forcefully disappeared after being taken out of unofficial detention centers run by militias allied with the U.N.-supported government in the capital, Tripoli.

In its latest report, the group also said that rival authorities in eastern Libya forcibly expelled several thousand migrants “without due process or the opportunity to challenge their deportation.”

Libya, which descended into chaos following the 2011 uprising that toppled and killed longtime dictator Moammar Gadhafi, has emerged as a major transit point for African and Arab migrants fleeing war and poverty to Europe.

Most migrants make the perilous journey in ill-equipped and unsafe rubber boats. In recent years, the European Union has partnered with Libya’s coast guard and other Libyan forces to stop the flow of migrants and thousands have been intercepted at sea and returned to Libya.

Officials in Libya’s east and west did not respond to repeated phone calls seeking comment.

Amnesty said about 8,500 migrants, including women and children, were intercepted and brought back to Libya between Jan. 1 and Sep. 14. Since 2016, an estimated 60,000 men, women and children have been captured at sea and taken to Libya where they disembarked, it said.

“The EU and its member states continue to implement policies trapping tens of thousands of men, women and children in a vicious cycle of abuse, showing a callous disregard for people’s lives and dignity,” said Diana Eltahawy, Amnesty’s deputy regional director.

Thousands have been subjected to enforced disappearances in 2020, after being taken to unofficial detention centers in western Libya, including to the so-called Tobacco Factory in Tripoli, run by a government-allied militia, Amnesty said.

There, the migrants and refuges face a “constant risk” of being abducted by militias, armed groups and traffickers.

They are “trapped in a vicious cycle of cruelty with little to no hope of finding safe and legal pathways out,” the report said. “Some are tortured or raped until their families pay ransoms to secure their release. Others die in custody as a result of violence, torture, starvation or medical neglect.”

Eltahawy urged the EU to “completely reconsider” its cooperation with Libyan authorities and make “any further support conditional on immediate action to stop horrific abuses against refugees and migrants.”

In 2020, eastern Libya authorities forcibly expelled over 5,000 refugees and migrants, citing their alleged carrying of “contagious diseases” among reasons cited for the deportations.

Amnesty cited an incident, without saying when it happened, in which eastern Libyan forces blocked a bus from entering the southeastern city of Kufra unless three Chadian nationals got off. They were ordered to take a COVID-19 test and left in the desert outside the city, while other passengers, all of them Libyans, were allowed to enter without further checks or testing. 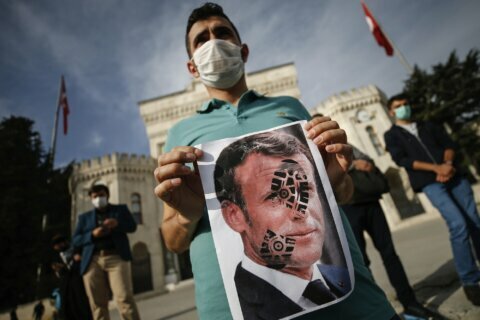 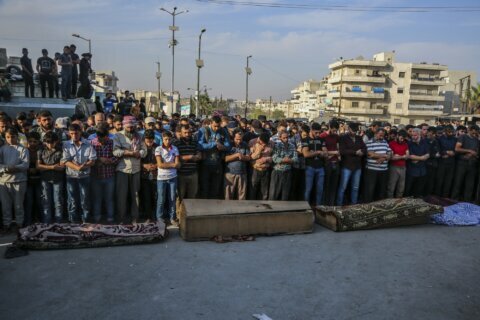