JERUSALEM (AP) — A Palestinian who entered Israel from the occupied West Bank on a work permit stabbed an Israeli to death on Wednesday and was later arrested, Israeli police said.

The stabbing took place at a junction near Petah Tikva, in central Israel. Police said the suspect, a 46-year-old man from Nablus, fled after stabbing a 39-year-old Israeli man.

Police said they were “looking into the incident as a terrorist attack,” without providing further details.

Palestinians have carried out a series of stabbing, shooting and car-ramming attacks in recent years. Most of the attackers have been young men in their teens or 20s acting alone, and most of the attacks have happened in and around Jerusalem and the West Bank city of Hebron, where tensions run high.

Tens of thousands of Palestinians work in Israel, mainly as laborers in factories and on construction sites. Wages are much higher in Israel than in the West Bank, where the economy has suffered from decades of Israeli military restrictions. 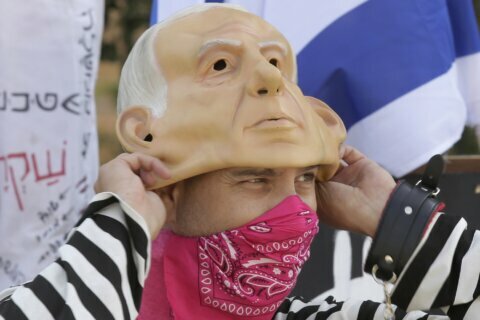