Comprised mostly of internally displaced persons and refugees, the week-long protest camp in the town of Nitrite is calling for the resignation of security officials in the province and a halt to attacks by government-sanctioned armed groups, according to Adam Regal, a spokesman for a local organization that helps run displacement camps in the Darfur region.

The protest is the latest challenge for Sudan’s transitional government, which is struggling to revive a battered economy and to end decades-long rebellions in some areas, including Darfur. Sudan is on a fragile path to democracy after a popular uprising led the military to overthrow former autocratic president Omar al-Bashir in April last year.

The western Darfur region in particular remains scarred by war, after a rebellion in the early 2000s against al-Bashir was brutally suppressed. Al-Bashir is wanted by the International Criminal Court on charges of genocide, war crimes and crimes against humanity related to the Darfur conflict. He’s been imprisoned in the capital, Khartoum since his ouster.

Regal’s organization has reported several attacks in recent weeks on the displaced by armed groups and the paramilitary Rapid Support Forces, which grew out of the Janjaweed militias involved in the Darfur conflict. The RSF is led by Gen. Mohammed Hamdan Dagalo, the deputy head of Sudan’s ruling sovereign council.

A government delegation headed by Mohammed Hassan al-Taishi, a member of the sovereign council, was set to meet with the protesters at the sit-in, according to Sudan’s state-run SUNA news agency.

Prime Minister Abdalla Hamdok tweeted over the weekend that the protesters’ demands were “fair and worthy,” vowing to work to carry them out for “the security and stability” in the region.

The so-called Resistance Committees, which were instrumental in last year’s uprising against al-Bashir, urged local authorities in Central Darfur to protect the protesters and to dismiss security leaders there.

Sudanese protesters returned to the streets last week to pressure the transitional authorities, demanding justice for those killed in the uprising against both al-Bashir and the generals who took power for four months after his overthrow. Two protesters were killed in Tuesday’s demonstrations, according to protest organizers.

These were the first major demonstrations since rallies last year — three months after al-Bashir ouster — when hundreds of thousands took to the streets to pressure the then-ruling military council to hand over power to a civilian government. 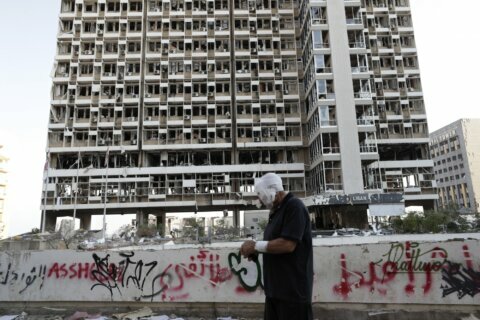 The Latest: Norway offers $2.74 and medical aid to Lebanon 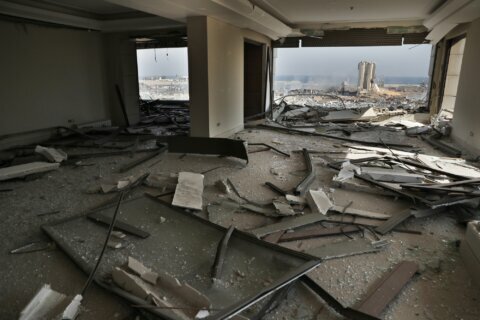