RAMALLAH, West Bank (AP) — Israeli troops shot and killed a Palestinian in the occupied West Bank who they said was throwing firebombs at a guard post, but who Palestinian officials say was merely strolling through his village.

The army said troops fired at two Palestinians who were throwing Molotov cocktails at the guard post late Thursday near the village of Kifl Haris, in the Salfit governorate.

Salfit Gov. Abdallah Kmail said one of the men, 29-year-old Ibrahim Abu Yakoub, was killed and the other was wounded in the leg and taken to a hospital.

He said the two were walking through the village when the Israeli troops opened fire “for no reason.”

Tensions have been high in the West Bank in recent weeks as Israel has vowed to proceed with plans to annex up to 30% of the occupied territory in line with President Donald Trump’s Middle East initiative, which was rejected by the Palestinians.

Elsewhere in the West Bank, Israeli security forces clashed with around 30 hard-line Jewish settlers overnight who were trying to rebuild an unauthorized outpost in a closed military zone. The Border Police said the settlers blocked roads and attacked its forces, lightly wounding two officers.

It said 20 people were detained for questioning. There were no reports of any serious injuries among the settlers.

Nearly 500,000 Jewish settlers live in the occupied West Bank, which Israel seized in the 1967 war and which the Palestinians view as the heartland of their future state. The territory is home to around 2.5 million Palestinians.

The Palestinians and most of the international community view the settlements as illegal and an obstacle to peace. The Trump administration has broken with decades of U.S. policy by saying it does not consider the settlements to be illegal, and the Trump plan would allow Israel to eventually annex all of them. 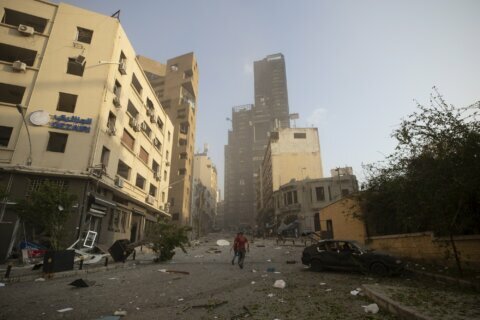 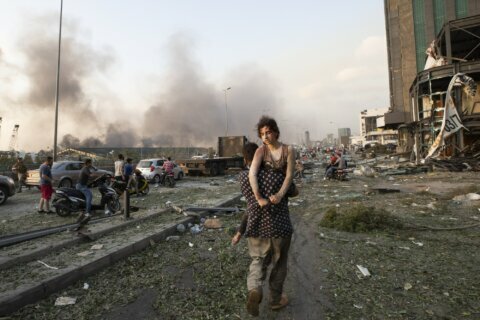 The death toll in a Beirut explosion has climbed to more than 60; more than 3,000 injured, Lebanon health minister says