BAGHDAD (AP) — A powerful Iran-backed militia said Wednesday there would be “escalation” if Iraq’s prime minister continues to clamp down on armed groups, as tensions spiked following the killing of a prominent analyst, pitting the state against rogue elements.

Hostilities have flared as Iraq reels from the assassination of Hisham al-Hashimi, 47, who was gunned down by unknown assailants on motorbikes outside his Baghdad home Monday. He had received death threats from the Islamic State group and Iran-backed militia groups.

Al-Hashimi’s killers are still unknown but many point to the timing of the assassination, coming just two weeks after a raid on the headquarters of the Kataib Hezbollah militia south of Baghdad. They speculate al-Hashimi may have fallen victim to escalating tensions between the government and militia groups. Days before his death a study he wrote on the inner workings of Iran-backed militia groups in Iraq was published.

Prime Minister Mustafa al-Kadhimi has vowed to avenge al-Hashimi’s killing, but a serious investigation risks further stoking tensions with Iraq’s militias. Katab Hezbollah’s spokesman, Mohammed Mohie, speaking to The Associated Press on Wednesday, described the raid on his group’s headquarters as an act of “provocation.”

Al-Kadhimi has said that bringing armed groups under state control is a goal of his administration.

Iraqi security forces descended on Kataib Hezbollah’s headquarters in the Dora neighborhood of Baghdad on June 26 and rounded up 14 men suspected of orchestrating rocket attacks against U.S. forces based at the Baghdad airport, and the U.S. Embassy.

But days later, 13 of them were released after investigators said they could only one of them to the attacks. Rocket attacks then resumed, targeting the heavily fortified Green Zone where the U.S. Embassy is located, and the airport.

“We have our conviction that these provocations (by al-Kadhimi) will not stop, and will continue and there will be an escalation,” said Mohie. “That will be in the next stage.”

Kataib Hezbollah is part of the Popular Mobilization Forces, the state umbrella group encompassing an array of militias including Iran-backed ones. The U.S. has blamed the group for rocket attacks on its embassy.

Al-Kadhimi came to power with nods from both Iran and the U.S., and balancing relationships between both rivals was expected to be a chief challenge for his government. U.S. Secretary of State Mike Pompeo condemned al-Hashimi’s killing and called for Iraq to bring the perpetrators “swiftly to justice,” in comments to reporters in Washington.

In response to continued rocket fire, the U.S. Embassy installed a C-RAM system designed to intercept the projectiles. Mohie said the move was “another provocation” that effectively turned the embassy into a “military base.”

Meetings were held shortly after the U.S. Embassy began testing the C-RAM system, a senior Shiite political official said, and a decision was made to ramp up pressure on the premier. The official spoke on condition of anonymity in line with regulations.

“We have great concern that al-Kadhimi plans to liquidate these (militant) factions,” he said.

Hours after the Dora raid, armed men in pickup trucks entered the Green Zone and surrounded an office of the elite Counter-Terrorism Forces, the security force that had carried out the operation.

“It showed the prime minister the limits of his authority and that to deal with this will require a significant amount of effort,” said Iraq analyst Sajad Jiyad.

Al-Hashimi, who supported al-Kadhimi and served as an advisor to previous premiers, had written a study looking into the extent of Iranian influence inside the PMF. It was published July 1, days before he was shot dead.

The question now is what can al-Kadhimi do next.

“It’s almost like the militias are saying, if you want an open confrontation bring it on,” said Iraq researcher Fanar Haddad. “What is the face-saving alternative? It’s not clear.” 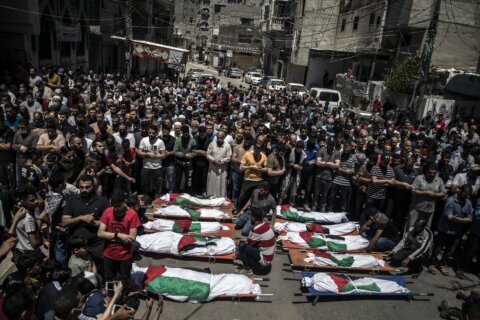 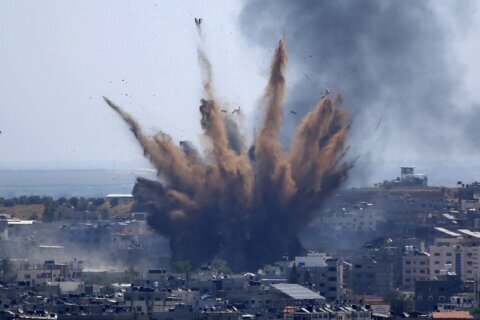