NAJAF, Iraq (AP) — Every chapter of Iraq’s modern history can be seen in the sprawling cemetery of Wadi al-Salam outside the holy city of Najaf. Its sandy expanse is growing, this time with coronavirus victims.

A special burial ground near the cemetery has been created specifically for COVID-19 victims because such burials have been rejected by Baghdad cemeteries and elsewhere in Iraq.

In Iraq, the virus has been surrounded by stigma, driven by religious beliefs, customs and a deep mistrust of the health care system.

Overseeing the “New Wadi al-Salam,” or Valley of Peace, cemetery and helping with the burial procedures are Iraqi Shiite volunteers from the Imam Ali Combat Division. They had been fighting the Islamic State group in Iraq over the past few years, operating under the umbrella group known as the Popular Mobilization Forces.

Corpses of the virus victims arrive at night in body bags driven by ambulances and burial procedures take place at daybreak. In the past four months, more than 3,000 bodies have been buried here, said Sarmad Khalaf Ibrahim, an official with the martyrs affairs department of the PMF.

He said the cemetery receives victims from all religions and is not limited to Muslims only.

“We had more than four or five (burials) of the Christian religion, They were buried with special ceremonies, appropriate and befitting them according to their request,” Ibrahim said.

Iraq has seen a steady surge in coronavirus cases. The country’s Health Ministry has reported more than 100,000 confirmed virus cases, including 4,122 deaths.

Iraq’s centralized health system, largely unchanged since the 1970s, has been worn down by decades of war, sanctions and prolonged unrest since the 2003 U.S. invasion, with little investment from successive governments.

The government hospitals in Baghdad are overwhelmed, barely able to handle the increasing numbers.

Najaf’s Wadi al-Salam cemetery, 160 kilometres (99 miles) south of Baghdad, is believed to be one of the largest in the world and is the final resting place of choice for pious Shiites because of its proximity to the shrine of Imam Ali, the much revered 7th-century founder of their sect.

It includes those killed in Iraq’s long war in the 1980s with Iran, those slain in the sectarian bloodletting that followed the U.S.-led invasion of the country in 2003, as well as Shiite militiamen who fought IS in more recent years.

Here is a gallery of images from Anmar Khalil. 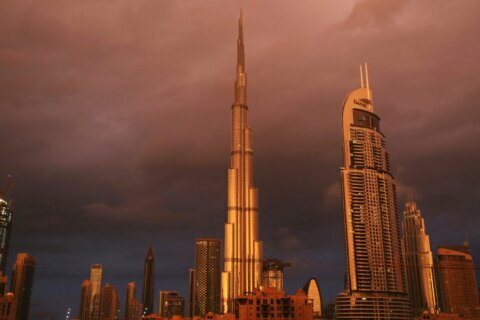 Dubai builder of world’s tallest building to be liquidated