Lebanon judge who banned interviews of US envoy resigns

BEIRUT (AP) — The Lebanese judge who issued a ruling banning foreign and local media from interviewing the U.S. ambassador in Beirut resigned Tuesday, according to state media.

Judge Mohammad Mazeh was referred to questioning by the Judicial Inspection Board for the ban, which caused an uproar in Lebanon.

Mazeh issued the ban Saturday, a day after Ambassador Dorothoy Shea told Saudi-owned TV station Al-Hadath that Washington has “great concerns” over the role Hezbollah, the Iran-backed militant group, has in the embattled Lebanese government.

Critics viewed Shea’s comments as foreign interference in Lebanese affairs, but the judge’s ruling was met with a swift backlash in the country, where the media is often divided along sectarian politics but enjoys more freedom than other countries in the region.

Many described Mazeh’s ruling as partisan, and said it undermined press freedoms. Minister of Information Manal Abdel-Samad said no one has the right to curtail the press and matters related to the media should be handled relevant authorities, not the courts.

Lebanon is in the throes of a critical economic and financial crisis. In her interview, Shea said successive governments have mismanaged the economy and accused Hezbollah of siphoning off public funds for its own purposes. She accused the group, which backs the current government and has strong representation in Parliament, of blocking needed reforms.

Mazeh was referred to Lebanon’s Judicial Inspection Board to be questioned on his controversial ban. He threatened to resign if questioned, suggesting the measure was undermining judicial independence.

Shea had called the ruling “unfortunate and a distraction” from the country’s economic woes and vowed she would not be silenced. After meeting with Foreign Minister Nasser Hitti on Monday, she said a page has been turned. She had earlier said the government had apologized to her for the ruling.

The court ruling remains in effect but appears unlikely to be enforced.

The court decision reflected the rising tension between the U.S. and Hezbollah, and revealed a widening rift among groups in Lebanon amid the crisis.

Hezbollah is designated by Washington as a terrorist group and the U.S. has recently expanded sanctions against it.

However, Washington is one of the largest donors to the Lebanese army, making for one of the more complicated diplomatic balancing acts in the region. 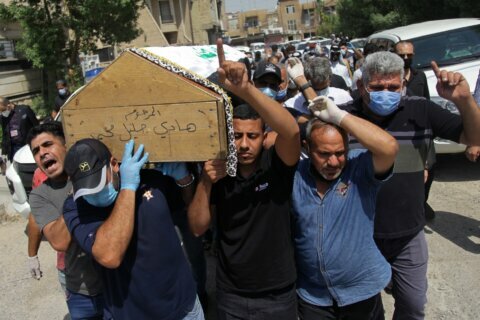 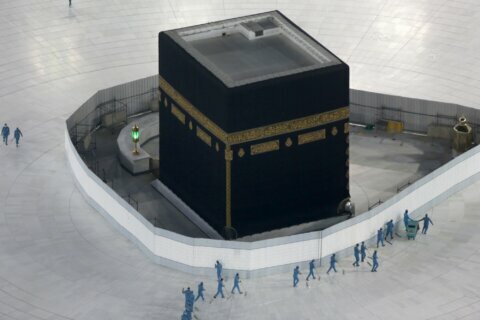 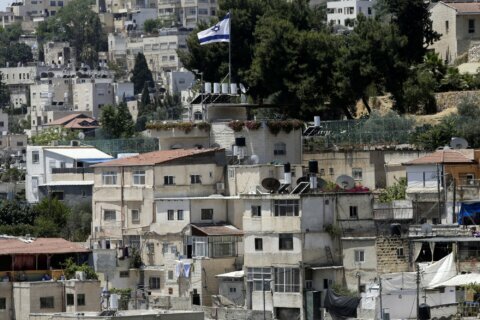 Jerusalem offers a grim model for a post-annexation future