BEIRUT (AP) — One of Syria’s wealthiest businessmen who is a cousin of President Bashar Assad said Tuesday the government has ordered the seizure of his assets and barred him from doing business with the state for five years, escalating a dispute that has been deeply mixed in family affairs.

The latest decisions against Rami Makhlouf come after weeks of highly publicized and unusual disputes over outstanding payments that the government is seeking from the country’s largest telecommunication company, which he heads.

In an unprecedented move, Makhlouf took his grievances to social media early this month, challenging claims he owes the state any money and asking Assad to be the arbiter to prevent his business from collapsing. Makhlouf, who was once a close Assad aide, posted several videos and statements on his Facebook page indicating that he has been isolated from the president and can only address him through social media.

Makhlouf said the government decree to confiscate his assets and those of his wife and children comes even though the claims involve the telecommunication company, Syriatel, one of his several businesses and in which 50% of the revenue already goes to the state. Although official bodies have communicated notices to Makhlouf through the media, there was no official statement of the confiscation of assets Tuesday.

They “just want to control the company and they see nothing else,” Makhlouf wrote, without elaborating.

The public dispute revealed a fallout between Assad and his cousin, who has been one of his main backers in the country’s civil war now entering its tenth year. It is the most public split in the tight-knit Assad family, which has ruled Syria for nearly 50 years.

The rift comes as the country, already under Western sanctions, enters a new phase of economic hardship. Syria’s currency has spiraled downward, sending prices of basic commodities soaring. Economic activity is also being hurt by restrictions imposed to combat the coronavirus, coming atop austerity measures taken during the war, which has displaced nearly half the population.

Makhlouf was once described as central to Syria’s economy and a partner to the president. He was also a main backer of the government’s crackdown on opposition protests in 2011 and continues to be seen by dissidents as a hawk. He already was under U.S. and European sanctions even before the war.

In videos posted on a Facebook page he created, Makhlouf vowed not to give up the company and apologized to employees who he said were arrested as part of the crackdown on his business. On Tuesday, in a written post, he said: “I did all I could, God.”

Syriatel has 11 million subscribers and employs thousands of people.

The asset seizure comes after a written warning from the telecommunication regulatory body that it would take legal measures against Makhlouf for refusing to pay some outstanding operational fees. Makhlouf challenged the statement, saying he has paid. 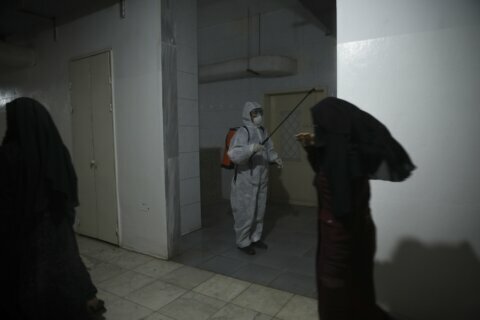 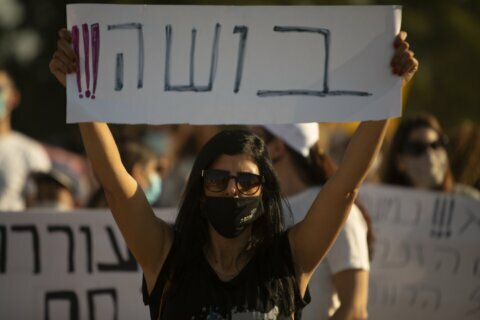