JERUSALEM (AP) — Israeli Prime Minister Benjamin Netanyahu’s chief rival was chosen on Thursday as the new speaker of parliament, an unexpected step that could pave the way to a power-sharing deal between the two men as the country grapples with a worsening coronavirus crisis.

The sudden turnabout by Benny Gantz, who has spent the past year trying to topple Netanyahu in three bitter and inconclusive elections, appeared to give the embattled prime minister a new lease on life as he prepares to go on trial for corruption charges. It also drew angry criticism from his political partners, who accused him of betrayal, and ripped apart his Blue and White party, an alliance of three anti-Netanyahu factions.

The vote passed 74-18, with many of Gantz’s former allies, including half of Blue and White, skipping the vote.

“Democracy has won,” Gantz declared in his first speech as speaker, saying he had taken the unpopular step to deal with the national emergency.

“These are not regular days and they demand irregular decisions. Therefore as I said, I intend to examine and advance in every way the establishment of a national emergency government,” he said. “We will not compromise on the principles that more than 1 million citizens voted for. Netanyahu knows that well.”

But in a series of speeches ahead of the vote, a string of opposition lawmakers who had all previously backed Gantz streamed into the empty parliament chamber one after another to rail against him. Only a few people were allowed in at a time due to restrictions on public gatherings because of the coronavirus.

“This is a dark day,” said Nitzan Horowitz, leader of the liberal Meretz party, in a speech ahead of the vote. “There are no other ways to describe the runaround going on here.”

Israeli media reported that Gantz and Netanyahu were working on forming a broad coalition in which Netanyahu would remain as prime minister and Gantz’ party would be granted a number of important portfolios, including defense and justice. In September 2021, Netanyahu would step down and Gantz would become prime minister, the reports said.

There was no immediate comment on the reports from Gantz’ party. Netanyahu’s dismissed the reports as “rumors,” though its members backed Gantz in the parliament vote.

The political fireworks come just as the government enacted new restrictions requiring Israelis to stay at home in almost all circumstances, under threat of fines. Nearly 2,700 Israelis have been infected by the new virus, with 41 in serious condition. Eight Israelis have died.

For most people, the new coronavirus causes mild or moderate symptoms that clear up in two weeks. For some, especially older adults and people with existing health problems, it can cause more severe illness or even death. The virus is highly contagious and can be spread by those showing no symptoms.

With the country’s coronavirus crisis worsening by the day, Netanyahu has called for an emergency unity government, most recently in a nationally televised speech Wednesday night.

Throughout three bitter election campaigns over the past year, Gantz repeatedly vowed not to join a government led by Netanyahu, citing the prime minister’s upcoming trial on corruption charges.

Even in recent weeks, he had rebuffed Netanyahu’s overtures. Members of Blue and White believe Netanyahu is using the health crisis to shield himself from prosecution and have expressed skepticism that Netanyahu would keep his word to relinquish power next year.

But after an appeal for unity by the country’s figurehead president, Gantz agreed on Thursday to resume unity talks.

Netanyahu’s Likud emerged as the largest party in the March 2 election, but along with his smaller religious and nationalist allies, fell short of securing the required majority in parliament.

Before Thursday’s about face, Gantz had pushed for the legislature to continue functioning and led an effort in parliament to approve legislation that would prevent Netanyahu from continuing as prime minister.

Parliament had been expected to approve Meir Cohen of Blue and White as the new Knesset speaker. That would have allowed the bloc to proceed with the legislative agenda that included a ban on indicted politicians, such as Netanyahu, from serving as prime minister.

But at the last minute, Gantz vetoed Cohen’s nomination and proposed himself instead. Cohen’s Yesh Atid faction, a member of the Blue and White alliance, skipped Thursday’s vote in protest.

Following the vote, Yesh Atid and another faction filed a request to split from Gantz’ party after they had run together during each of the last three elections. The party, which struggled to find an ideological common ground, had as a central mission to unseat Netanyahu or at the least never sit with him in a government so long as he faces corruption charges.

“The coronavirus crisis doesn’t give us the right or permission to abandon our values. We promised not to sit under a prime minister with three criminal indictments,” Lapid said. “You can’t crawl into a government like that and tell us you did it for the good of the country.”

Parliament called Thursday’s vote at the order of the country’s Supreme Court. The previous speaker, Yuli Edelstein, resigned in protest Wednesday, after attempting to stall the vote.

Edelstein, a close Netanyahu ally from the prime minister’s Likud party, had cited restrictions on large gatherings due to the spread of the coronavirus in suspending parliamentary activity.

But opponents accused him of clinging to his seat to shield Netanyahu from the opposition’s legislation. Edelstein was reprimanded by the Supreme Court for undermining democracy.

Without parliamentary oversight, Netanyahu’s caretaker government has passed a series of emergency executive measures to try and quell the spread of the new virus. They have included authorizing unprecedented electronic surveillance of Israeli citizens and a slowdown of court activity that forced the postponement of Netanyahu’s own pending criminal trial on serious corruption charges. 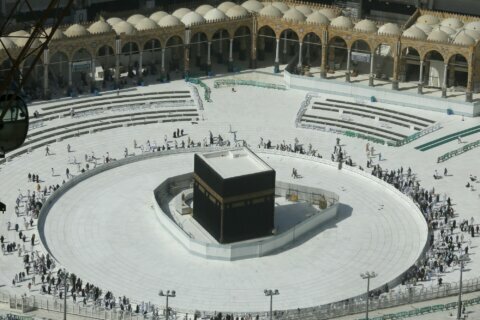 Palestinians: Man dies of wounds in clash with Israel forces 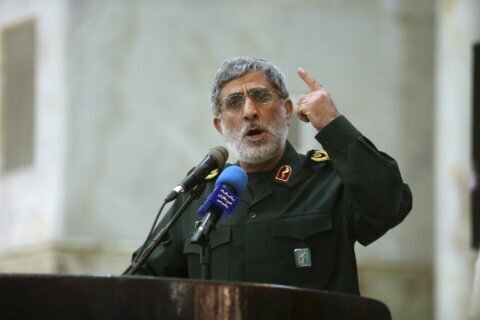