TEHRAN, Iran (AP) — Iran sentenced eight environmental activists, including an Iranian who reportedly also has British and American citizenship, to prison sentences ranging from four to 10 years on charges of spying for the United States and acting against Iran’s national security, the judiciary said Tuesday.

According to the judiciary spokesman, Gholamhossein Esmaili, an appeals court issued the final verdicts.

Two of the activists, Morad Tahbaz and Niloufar Bayani, got 10 years each and were ordered to return the money they allegedly received from the U.S. government for their services.

Tahbaz is an Iranian who also holds U.S. and British citizenship.

Iran does not recognize dual or multiple nationalities, meaning Iranians it detains cannot receive consular assistance from their other countries. In most cases, dual nationals have faced secret charges in closed-door hearings before Iran’s Revolutionary Court, which handles cases involving alleged attempts to overthrow the government.

Esmaili, the judiciary spokesman, said two other activists, Houman Jokar and Taher Ghadirian, each got eight-year sentences for allegedly “collaborating with the hostile government of America.”

Another three of the activists, Sam Rajabi, Sepideh Kashan Doust and Amirhossein Khaleghi Hamidi, were sentenced to six years in prison each. The eighth activist, Abdolreza Kouhpayeh, got four years. All the activists were arrested in early 2018.

A ninth activist who was arrested at the time, Kavous Seyed Emami, an Iranian-Canadian naional, died while in custody under disputed circumstances in February 2018. His widow then was blocked from flying out of Iran, but later made it out.

Iran is also holding others with ties to the West, including Nazanin Zaghari-Ratcliffe, a British-Iranian woman sentenced to five years on allegations of planning the “soft toppling” of Iran’s government while traveling in Iran with her young daughter.

Iranian businessman Siamak Namazi and his 81-year-old father Baquer, a former UNICEF representative who served as governor of Iran’s oil-rich Khuzestan province under the U.S.-backed shah, both are serving 10-year prison sentences on espionage charges.

Iranian-American Robin Shahini was released on bail in 2017 after staging a hunger strike while serving an 18-year prison sentence for “collaboration with a hostile government.” Shahini has since returned to America and is now suing Iran in U.S. federal court.

Former FBI agent Robert Levinson, who vanished in Iran in 2007 while on an unauthorized CIA mission, remains missing.

Earlier this month, Iran’s supreme court confirmed the death penalty for Amir Rahimpour, who was convicted of spying for the C.I.A. Iranian state media have alleged that he had shared details of the Islamic Republic’s nuclear program with the American spy agency.

Esmaili said at the time that Rahimpor would soon be executed.

Iran has in the past has sentenced alleged American and Israeli spies to death. The last such spy executed was Shahram Amiri, who defected to the U.S. at the height of Western efforts to thwart Iran’s nuclear program. When he returned in 2010, he was welcomed with flowers by government leaders and even went on the Iranian talk-show circuit. Then he mysteriously disappeared.

He was hanged in August 2016, the same week that Tehran executed a group of militants and a year after Iran agreed to a landmark accord to limit uranium enrichment in exchange for the lifting of economic sanctions.

A prisoner exchange in December saw Iran free Xiyue Wang, a Chinese-American scholar from Princeton who had been held for three years on widely criticized espionage charges. It was seen as a rare diplomatic breakthrough between Iran and the U.S.

Two Australians were freed in October while Australia freed an Iranian in what appeared to be a prisoner swap. 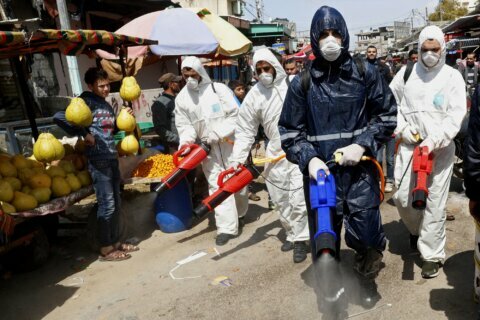 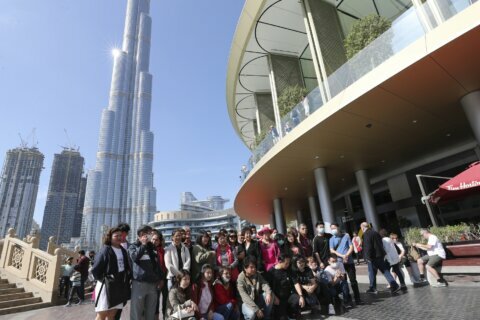 Dubai’s Emaar posts $1.68B in profit, but revenue slips 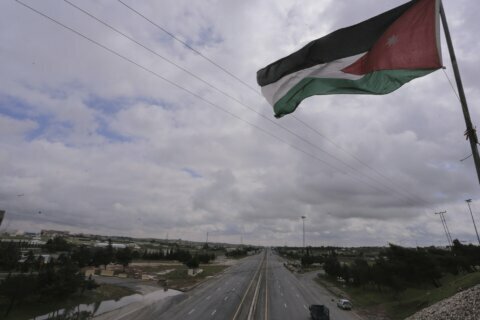