BEIRUT (AP) — Before picking up cash from a downtown bank in Lebanon’s capital, Mey Al Sayegh mentally braces herself…

BEIRUT (AP) — Before picking up cash from a downtown bank in Lebanon’s capital, Mey Al Sayegh mentally braces herself for what would have been a routine trip before the country’s crippling cash crunch.

For starters, it will be at least an hour’s wait in line before her turn comes. And if she’s lucky, she’ll be able to withdraw $300 — the weekly limit on dollar withdrawals imposed by banks to preserve liquidity — without having to bargain with the teller.

“I tell my family ‘I’m going to the bank, but I don’t know when I’ll return,'” said the communications manager. “It’s very unpleasant. You see people’s expression — worried, confused, they’re scared that they’re going to lose their deposits.”

For years, many Lebanese have lived beyond their means, supporting their out-sized spending with loans and generous remittances from diaspora relatives scattered across the globe, including family members working in oil-rich Arab Gulf countries.

A severe financial crisis and unprecedented capital controls have put an end to this, uniting both rich and poor in anger against corrupt politicians who have brought the country to the brink of economic collapse, and a banking system they accuse of holding their deposits hostage.

In recent days, some protesters have taken out their ire on the banks, destroying ATMs, smashing bank windows and clashing with tellers behind the counter.

Dozens of protesters have held sit-ins at banks against the fiscal policies, forcing tellers on more than one occasion to give them more than the weekly limit. Demonstrators routinely gather in front of the country’s Central Bank, jeering and hurling expletives at its governor, Riad Salameh, who was once ranked among the world’s top central bank governors.

“You go to a bank, get a ticket, and there are at least 50-60 people in front of you,” said Mahmoud Sayida, a tour guide whose money is trapped with one of the country’s largest lenders. “It’s as though you are lining up for bread in the war days.”

The crisis in Lebanon, one of the most heavily indebted nations in the world, is rooted in decades of state corruption and bad management, and the tiny Mediterranean country’s economy had been in steady decline for years. The local currency, pegged to the dollar for more than two decades, has lost more than 50% of its value in recent weeks on the black market.

Fearing a crisis, depositors in the past year had been quietly withdrawing their money, changing it from the local currency to dollars, or funneling it to bank accounts abroad.

At the onset of nationwide protests that broke out in mid-October, banks closed their doors for 12 working days. When they reopened, they faced an unprecedented rush to withdraw dollars, resulting in the limits on withdrawals and foreign transfers.

But there was no legal basis for such actions, leaving it up to the banks to implement their own controls on a case-by-case basis. Meanwhile, ATM machines have mostly stopped dispensing dollars and daily limits on credit card use have been implemented. Many restaurants and shops, strapped for cash, are refusing card payments.

People say they are being subjected to humiliation by the banks and their managers who ultimately have the power to decide who gets how much.

People with children studying abroad need to offer proof before they are allowed to transfer their tuition money. Patients are required to produce paperwork proving they need money for surgery before they can withdraw cash from their accounts. To get credit card limits temporarily increased, customers are asked by some banks to produce a plane ticket and documentation proving a stay abroad longer than two weeks.

The measures are forcing families to limit expenditures and prioritize daily necessities. Simple activities, such as going to a cafe or a restaurant, are now considered luxuries, even for those with money or jobs.

Sullen moods have overcome depositors and lenders alike, whose employees say they are afraid to show up at work because of fights breaking out inside banks and people cursing them every day.

Among those protesting recently was 23-year-old student Mariam Ayyad whose family — like many other Lebanese — relies on remittances to finance expenses.

“My dad lives in Saudi (Arabia) and used to send dollars to pay for my tuition here. But Western Union was giving us the price from the Central Bank at a terrible rate, so now I had to withdraw from spring classes because I can’t afford it,” said Ayyad, who was demonstrating for the second time since the start of the nationwide protests. “My rent is in dollars and I can’t pay it.”

Mohammed, who runs a toy shop, normally sends money to his son in Paris to pay his university tuition through the Online Money Transfer, or OMT — an agent of Western Union in Lebanon. But the last time he tried, three weeks ago, he was rejected and told to bring proof of his son’s enrollment at the university.

“Now, you have to make a demand and prove that you have a son who is studying there,” he said, asking to be identified only by his first name so he could speak freely.

At 11 a.m. on a recent day, the line at a private bank in Beirut’s Salim Salam district was at customer 189. Some customers reported having to bargain with employees at the desk after being told they could not receive their allotted $300, or only part of it.

Al Sayegh, the communications manager, receives her salary in dollars from a bank. She said her branch initially told her they did not have enough money.

“I argued with them until they accepted,” she said. “I told them this is my right and I don’t have time to return since I am taking care of my dad, I work and I can’t wait another two hours in the queue.”

Some have resorted to creative solutions to circumvent the controls, including sending debit cards by courier to friends and relatives abroad to withdraw dollars and bring them home. Travelers coming from abroad carry large amounts of cash with them.

Maha Halabi doesn’t work, but counts on the salary of her husband, who is a landscape engineer based in Saudi Arabia.

“He stopped sending money because I can’t withdraw here, so now he brings the cash with him every other week when he visits,” she said. 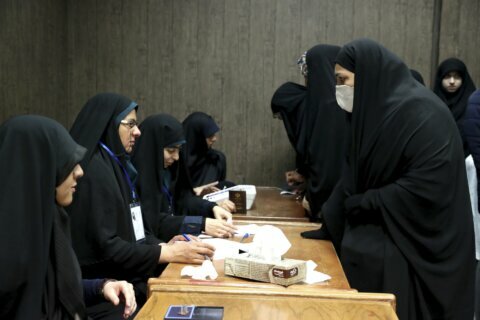