RIYADH, Saudi Arabia (AP) — Arab Gulf leaders gathered in Saudi Arabia on Tuesday for an annual summit that was intended to showcase their unity in the face of shared threats. But looming over the meeting were their frayed ties and heightened worries about Iran.

For all their diverging views and interests, members of the six-nation Gulf Cooperation Council share a common goal of stability in the Strait of Hormuz, the narrow shipping corridor that’s vital to their energy exports from the Persian Gulf. The GCC bloc is composed of Saudi Arabia, the United Arab Emirates, Qatar, Kuwait, Oman and Bahrain.

Attacks blamed on Iran this summer, including a stunning missile and drone attack on a major Saudi crude processing facility, have rattled the region. Tensions in the Gulf between Tehran and Washington have also escalated sharply in recent months.

“The Gulf region must unite in the face of Iran’s aggression and the countries of the Gulf Cooperation Council must secure themselves in the face of ballistic missile attacks,” Saudi Arabia’s King Salman said in his opening remarks.

The king’s comments follow signs of a diplomatic thaw among those Gulf states that cut ties with Qatar and blockaded the tiny nation two years ago.

Saudi Arabia, the UAE, Bahrain and Egypt accuse Qatar of supporting the Muslim Brotherhood, an Islamist group they view as a threat to regional security. They also accuse Qatar of having close ties with Iran. Qatar, which shares a massive underwater gas field with Iran, says its commitments have always been “to uphold international law and protect human rights and not to a specific party or group.”

Qatar was represented at the Gulf summit by the country’s prime minister rather than the ruling emir. There had been some speculation among analysts that Qatar’s ruler Sheikh Tamim bin Hamad Al Thani might attend the summit amid talk of reconciliation. Others said he would never be seen visiting any of the four countries so long as their blockade on Qatar persists.

King Salman, who greeted Gulf leaders as they arrived for the summit, was shown sharing a traditional coffee with Qatari Prime Minister Sheikh Abdullah bin Nasser Al Thani minutes before the meeting began.

Sigurd Neubauer, a Mideast analyst based in Washington, said recent attacks on oil targets in the Persian Gulf have accelerated the need for Gulf reconciliation.

“The external threat to the GCC is significant now from Iran as opposed to just a year ago,” he said.

Omani analyst Abdullah Baabood added that the economies of Gulf countries and their oil exports are at risk if the Gulf is not secure.

“We hope that these talks will lead to a progress where we can see an end for the crisis,” he said at the Mediterranean Dialogue Forum in Rome.

In another sign of a possible thaw, teams from Saudi Arabia, the UAE and Bahrain flew this month to Qatar and participated in the Arabian Gulf Cup soccer tournament, which they had previously refused to do.

Still, there’s little indication that deeply-strained ties between the UAE, specifically, and Qatar might also be repaired, despite Kuwaiti mediation efforts and calls by the U.S. for the regional dispute to end. This year’s GCC summit was originally planned to be held in the UAE, but was moved to Saudi Arabia.

Gerald Feierstein, senior vice president at the Middle East Institute in Washington, said the venue change is indicative of the depth of the Emirati-Qatari rift.

“Unhappiness with Doha’s sympathetic view of the political Islamist Muslim Brotherhood and its close relationship with Turkey remain friction points,” he said.

Qatar’s powerful ex-prime minister, Sheikh Hamad bin Jassim, said reconciliation talks must address the harm inflicted on Qatar from the blockade so that “such policies are not repeated.”

“I am with a reconciliation that comes without conditions, and which protects the dignity and sovereignty of nations,” he recently wrote on Twitter, before adding that it will take years to rebuild trust among nations of the GCC.

Centuries-old ties bind families and tribes in the Arabian Peninsula, but that kinship has frayed under the crisis. After the row erupted in June 2017, Saudi Arabia, the UAE and Bahrain warned that anyone who sympathizes with Qatar or criticizes the measures taken against it would be imprisoned and fined.

Qatari citizens were expelled from the three countries after years of visa-free travel throughout the Gulf. Transport links with Qatar were cut and Saudi Arabia sealed shut Qatar’s only land border, impacting food imports.

Qatar turned to Turkey and Iran to restock its food shelves and supplies, and deepened its military alliance with Turkey.

The final communique from the Gulf summit made no mention of the crisis with Qatar. But the GCC’s secretary general, Abdullatif al-Zayani, told reporters after the meeting that efforts are being made at reconciliation away from the media and public attention. 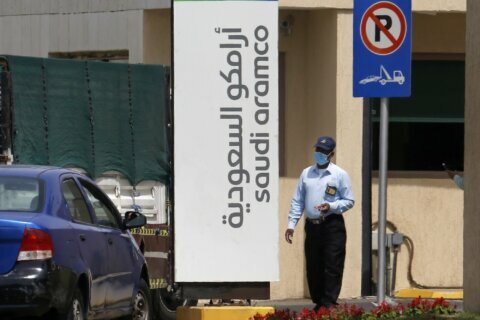 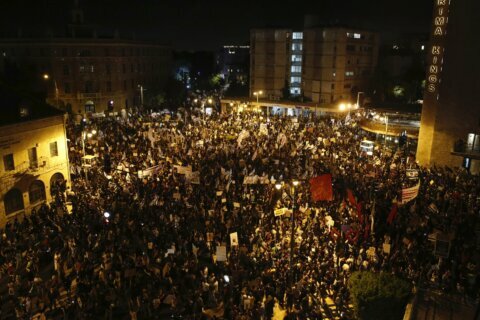 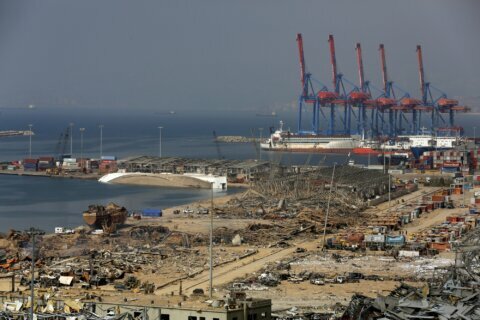