Ivanka Trump on Friday echoed her father’s view that the House impeachment investigation is an attempt to overturn the 2016 election. But, in an interview with The Associated Press, she parted ways with President Donald Trump by calling the identity of the impeachment whistleblower “not particularly relevant.”
Listen now to WTOP News WTOP.com | Alexa | Google Home | WTOP App | 103.5 FM

RABAT, Morocco (AP) — Ivanka Trump brushed off criticism that her family has profited off the presidency and said Friday a big difference between her family and Democrat Joe Biden’s is that President Donald Trump amassed his fortune before he entered politics while Biden’s wealth is “derivative” of his time in office.

In an interview with The Associated Press, she said the two situations were “completely inverse.”

In New Hampshire, Biden responded that the president’s daughter should look at his tax returns for evidence he didn’t cash in as vice president or a legislator.

Ivanka Trump, a White House adviser, pushed back against nearly three years of ethics complaints and lawsuits accusing the Trumps of trying to turn the presidency to their financial advantage. The president and his allies have tried to tarnish Biden by making similar but unfounded claims about Biden’s tenure as vice president and his son Hunter’s activities in Ukraine during that time.

Biden’s son, Hunter, served on the board of a Ukrainian gas company as his father led the Obama administration’s diplomatic dealings with Kyiv. Although anti-corruption advocates expressed concern about the timing, there has been no evidence of wrongdoing by the former vice president or his son.

Biden spent more than 30 years representing Delaware in the U.S. Senate before serving eight years as vice president and Ivanka Trump said he “created wealth as a derivative of that.”

Her father entered politics after making a fortune in real estate.

“His wealth, and our wealth, collectively and independently, was created prior to government service and prior to anyone in our lives having run for elected office,” Ivanka Trump said.

“Most people do create their wealth post service. We created ours prior,” she added.

Members of Congress must follow strict rules while in office to avoid financial and other conflicts of interest. Many pursue higher-paying opportunities after they leave office.

Biden was consistently among the poorest members of Congress, relying largely on his lawmaker’s salary, according to his annual financial disclosure forms.

“Tell her to look at my tax returns,” Biden responded from New Hampshire, where he filed paperwork to appear on the ballot next year. “I’ve laid it all out — everything,” he added before calling on Trump to release his own income tax returns.

Government watchdogs have criticized Trump for unethically mixing official business with promotion of his own interests.

Trump is the first president in modern history who has not walled himself off from his business holdings. He makes frequent trips to his for-profit golf clubs, collects dues at his members-only properties and hosts fundraisers and foreign delegations at hotels that bear his family’s name.

Ivanka Trump spoke in a wide-ranging AP interview as she wrapped up a three-day visit to Morocco, where she promoted U.S. efforts to help empower women in developing countries.

Speaking about the House impeachment inquiry from half a world away, she echoed her father’s view that the investigation is aimed at overturning the 2016 election that put him in the White House.

But she parted ways with him by saying the identity of the whistleblower whose complaint helped spark the investigation is “not particularly relevant.”

President Trump and some of his allies lately have been pressing mainstream journalists to publicize the whistleblower’s name. The president has also sent tweets calling on the individual to come forward.

But Ivanka Trump said the person’s motives were more important than knowing their identity. She declined to speculate about what led the individual to lodge a formal complaint.

“The whistleblower shouldn’t be a substantive part of the conversation,” she told AP, saying the person “did not have firsthand information.”

She said the individual’s identity is not “particularly relevant” to her, “aside from what the motivation behind all of this was.”

She noted that the whistleblower was not among administration officials who heard the president ask Ukraine’s leader during a July 25 telephone conversation to investigate Biden, a leading contender for the 2020 Democratic presidential nomination to challenge Trump.

Ivanka Trump said her family has faced constant criticism since her father became president and that impeachment is part of that pattern. House Democrats counter that the inquiry is about whether Trump abused his office by putting his political interests first.

“Rather than wait, under a year, until the people can decide for themselves based on his record and based on his accomplishments, this new effort has, has commenced,” she said. “But to us, it’s really been like this from the beginning.”

She said she has not been reading transcripts of the depositions that current and former administration officials have given impeachment investigators.

As for the future, Ivanka Trump said she had yet to decide on what role she will play in her father’s re-election campaign.

And on the question of whether she also wants four more years at the White House, the mother of three said the answer would largely depend on the needs of her children. 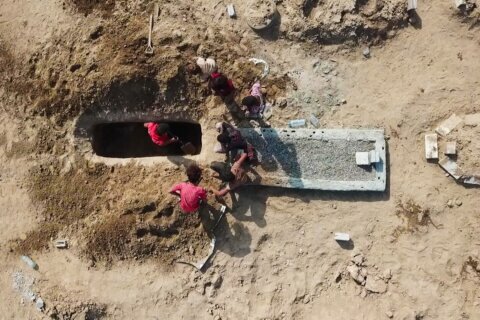 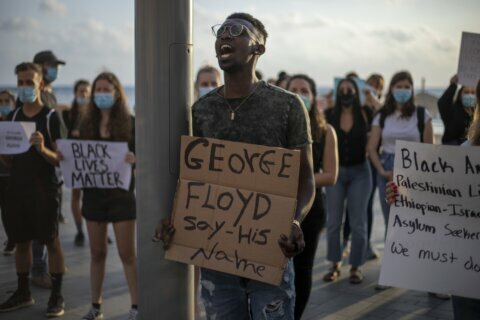