DUBAI, United Arab Emirates (AP) — Iran announced Tuesday it would inject uranium gas into 1,044 centrifuges that had previously been kept empty under its 2015 nuclear deal with world powers.

The decision marks what Iran calls its “fourth step” away from the accord, which saw Iran agree to limit its nuclear program in exchange for the lifting of economic sanctions.

The deal began to unravel over a year ago when President Donald Trump unilaterally pulled America out of the accord. In the time since, regional tensions have risen dramatically.

Here’s where the deal now stands and what Tehran has done to ramp-up its atomic program:

Iran struck the nuclear deal in 2015 with the United States, France, Germany, the United Kingdom, Russia and China. The deal, formally known as the Joint Comprehensive Plan of Action, grew out of secret talks President Barack Obama’s administration held with Iran after President Hassan Rouhani, a relative moderate, took office.

Iran agreed to limit its enrichment of uranium under the watch of U.N. inspectors in exchange for the lifting of sanctions. International businesses rushed to do deals with Iran, most notably with billion-dollar sales by Airbus and Boeing Co.

Trump, who campaigned on a promise of tearing up the deal because it didn’t address Iran’s ballistic missile program or its involvement in regional conflicts, withdrew America from the accord in May 2018. That halted promised international business deals and dealt a heavy blow to Iran’s already ailing economy. In the time since, the Trump administration has said any country that imports Iranian crude will face U.S. sanctions.

Natanz, in Iran’s central Isfahan province, hosts the country’s main uranium enrichment facility, located underground. Iran has one operating nuclear power plant in Bushehr, which it opened with Russia’s help in 2011. Under the accord, Iran reconfigured a heavy-water reactor so it couldn’t produce plutonium and agreed to convert its Fordo enrichment site — dug deep into a mountainside — into a research center. Tehran also operates an over 50-year-old research reactor in Tehran.

A centrifuge is a device that enriches uranium by rapidly spinning uranium hexafluoride gas. Under the atomic accord, Iran had been limited to operating 5,060 older-model IR-1 centrifuges at Natanz only. Rouhani said Tuesday that Iran would inject uranium gas into an additional 1,044 IR-1 centrifuges that had been spinning empty at Fordo. On Monday, Iran announced it now is spinning 60 IR-6 advanced centrifuges as well. An IR-6 can produce enriched uranium 10 times as fast as an IR-1, Iranian officials say.

FROM ‘ATOMS FOR PEACE’ TO STUXNET

Iran’s nuclear program actually began with the help of the United States. Under its “Atoms for Peace” program, America supplied a test reactor that came online in Tehran in 1967 under the rule of Shah Mohammad Reza Pahlavi. That help ended once Iran’s 1979 Islamic Revolution overthrew the shah.

In the 1990s, Iran expanded its program, including buying equipment from Pakistan’s top nuclear scientist Abdul Qadeer Khan. Among its activities, Iran “may have received design information” for a bomb and researched explosive detonators, according to the International Atomic Energy Agency.

By August 2002, Western intelligence services and an Iranian opposition group revealed a covert nuclear site at Natanz. Iran to this day denies its nuclear program had a military dimension. Iran suspended enrichment in 2003 but resumed it in 2005. Hard-line President Mahmoud Ahmadinejad then accelerated it. World powers imposed crippling U.N. sanctions in response. The Stuxnet computer virus, widely believed to be a joint U.S.-Israeli creation, soon disrupted thousands of Iranian centrifuges.

A string of bombings, blamed on Israel, targeted a number of Iranian scientists beginning in 2010, at the height of Western concerns over Iran’s program. Israel never claimed responsibility for the attacks, though Israeli officials have boasted in the past about the reach of the country’s intelligence services. Israel last year said it seized records from a “secret atomic archive” in Iran.

Rouhani now warns Iran could take a “fifth step” away from the deal in January if Europe can’t help it sell oil aboard. 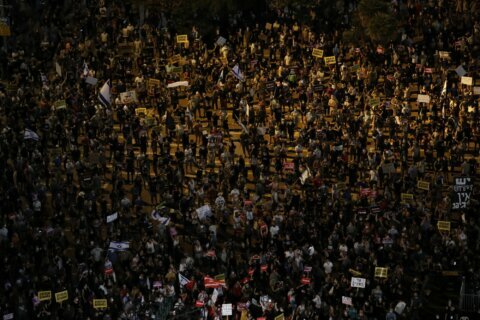 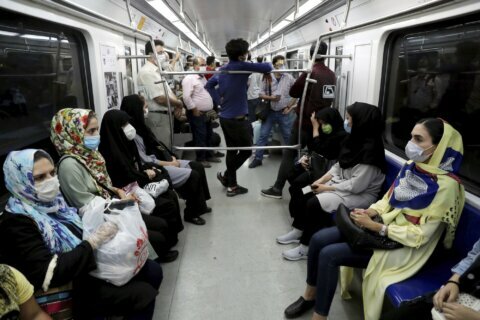 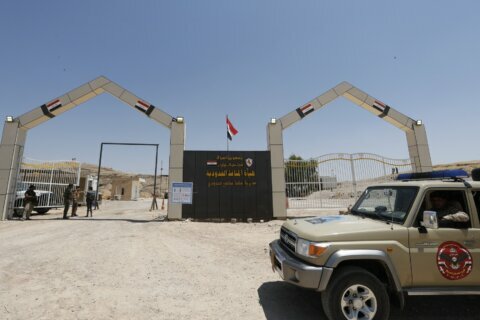