DUBAI, United Arab Emirates (AP) — The Latest on tensions in the Persian Gulf and the fallout after weekend attack…

DUBAI, United Arab Emirates (AP) — The Latest on tensions in the Persian Gulf and the fallout after weekend attack on major oil sites in Saudi Arabia (all times local):

Saudi Arabia’s energy minister says 50% of the production cut by the attack on its oil processing plant has been restored.

Prince Abdulaziz bin Salman made the comments Tuesday night at a news conference in Jiddah.

Yemen’s Houthi rebels, whom a Saudi-led coalition have been fighting since March 2015, claimed the attack. However, U.S. and Saudi officials say they believe Iran carried out the assault, something denied by Tehran.

Egypt’s foreign minister says his country is standing by Saudi Arabia following the weekend attack on major oil sites in the kingdom.

Sameh Shoukry is calling on the international community to collectively back Saudi Arabia and identify who was responsible for the attacks on a Saudi oil field and the world’s largest crude oil processing plant.

He spoke Tuesday in a press conference in Cairo alongside France’s Foreign Minister Jean-Yves Le Drian.

Shoukry says Egypt also backs efforts to de-escalate the situation and prevent a “border military confrontation that will have devastated consequences on the region.”

The attack, claimed by Yemen’s Iranian-allied Houthi rebels forced a suspension of 5.7 million barrels of Saudi crude a day and 2 billion cubic feet of gas.

Saudi Arabia has instructed clerics across the country to focus their upcoming Friday sermons on the recent attacks that struck key oil installations in the kingdom’s east.

The Islamic Affairs Ministry says the sermons should “emphasize the blessing of security and stability that God has bestowed upon the kingdom of Saudi Arabia” and the “need to rally around its wise leadership,” as well as to ask for God’s protection of the country and to respond to enemies where they are.

The ministry said its efforts are aimed at raising awareness about the dangers facing Saudi Arabia and the importance of supporting its rulers.

The ministry’s instructions were published Tuesday by the state-run Saudi Press Agency.

Saudi Arabia and the U.S. allege Iran was responsible for — charges that Tehran denies.

France’s foreign minister says his county does not have evidence on the source of the drones used in the weekend attack on major oil sites in Saudi Arabia.

Jean-Yves Le Drian has told reporters in Cairo on Tuesday that: “Up to now, France does not have proof that would allow us to say where the drones came from.”

Saudi Arabia has said its initial investigations indicate that Iranian weapons were used in attacks, and it “will invite U.N. and international experts to view the situation on the ground and to participate in the investigations.”

Le Drian says “the Saudi initiative to establish the facts is a good initiative.”

French President Emmanuel Macron’s office says France is not giving up its diplomatic efforts in the Persian Gulf crisis.

It says France is still working behind the scenes ahead of Macron’s visit to the U.N. General Assembly — but wouldn’t further comment.

The French Foreign Ministry issued a statement Sunday to say that “France firmly condemns yesterday’s attacks on the Abqaiq and Khurais oil installations, and expresses its complete solidarity with Saudi Arabia. Such actions can only exacerbate the tensions and risks of conflict in the region. It is imperative that they stop.”

Saudi Arabia is calling on the international community “to shoulder its responsibility in condemning the perpetrators” and “clearly confronting” those behind an attack on the country’s oil facilities over the weekend.

The government’s statements were carried in state-run media following a weekly Cabinet meeting Tuesday that was overseen by King Salman, who was quoted saying Saudi Arabia is capable of defending against such “cowardly attacks.”

The Cabinet said the attacks on an Aramco oil field and major crude processing facility threaten international security and global energy supplies. The government reiterated its accusation that Iranian weapons were used in the attack, without elaborating further.

The attack, claimed by Yemen’s Iranian-allied Houthi rebels, forced a suspension of 5.7 million barrels of Saudi crude a day and 2 billion cubic feet of gas.

German Chancellor Angela Merkel says she doesn’t see the attacks on Saudi Arabia as reason to end its ban on all arms exports to the nation.

An influential lawmaker in Merkel’s party had suggested that Germany should consider allowing the export of defensive weapons systems into the kingdom. But the chancellor said Tuesday she doesn’t “at the moment see any conditions for changing the stance of the German government.”

While condemning the attacks on Saudi Arabia, she said ban was put into effect partially due to Germany’s concerns over the conflict in Yemen, which hadn’t changed.

She says: “I think the events show more urgently that everything must be done to find a diplomatic solution to the Yemen conflict even if that looks very difficult the moment, we must continue to try.”

Shah Mahmood Qureshi said the visit will take place on Thursday. He offered no further details in Tuesday’s televised remarks.

The announcement comes a day after the kingdom’s state-run Saudi Press Agency said the crown prince received a call from Khan who “expressed Pakistan’s support” for Saudi Arabia and “fully stand with the kingdom … in confronting these sabotage acts which threaten global economy” and the kingdom’s security.

Saudi Arabia is a close Pakistani ally and a leading supplier of oil to Islamabad.

Iraq’s prime minister has told NATO chief Jens Stoltenberg that Iraq seeks a balanced foreign policy that serves stability in the region and cannot possibly cause harm to any of its neighbors.

Adel Abdel-Mahdi made the remarks during a meeting in Baghdad on Tuesday with Stoltenberg, who is on a two-day visit to Iraq. That’s according to a statement issued by the prime minister’s office following the meeting.

Abdel-Mahdi was apparently referring to a weekend attack on Saudi oil facilities that both Washington and Riyadh have blamed on Tehran.

China has expressed concern about how last weekend’s attack on major oil sites in Saudi Arabia will affect oil markets.

Foreign ministry spokeswoman Hua Chunying says that China is “of course very concerned about the impact of the attack on the stability and the security of the international crude oil supply market.”

Oil prices eased on Tuesday after soaring the previous day in the wake of the attack. China is a major importer of oil from the Mideast.

Hua said that China condemns the attacks on a crucial Saudi Aramco oil processing plant and a key oil field.

Chinese statistics bureau spokesman Fu Linghui said Monday that it was too early to gauge the impact on energy markets. He noted that oil prices had been weakening before the attack.

Syrian opposition activists say unknown aircraft have attacked posts of Iranian-backed fighters in an eastern town near the Iraqi border.

The activists said the airstrike took place early Tuesday in Boukamal, in the eastern province of Deir el-Zour. There was no immediate word on casualties.

Last week in Syria, unknown warplanes targeted an arms depot and posts of Iranian-backed militias in Boukamal, killing at least 18 fighters. A Syrian security official said Israeli jets were behind the attack but denied there were casualties.

The Britain-based Syrian Observatory for Human Rights and Deir Ezzor 24, an activist collective, said the strikes occurred near the border crossing with Iraq. The opening of the crossing, planned by Iraq and Syria, had been postponed several times in recent weeks.

Iran’s Supreme Leader Ayatollah Ali Khamenei says “there will be no talks with the U.S. at any level” — remarks apparently meant to end all speculation about a U.S.-Iran meeting at the U.N. later this month.

Iranian state TV on Tuesday quotes Khamenei as saying this is the position of the entire leadership of the country and that “all officials in the Islamic Republic unanimously believe” this.

There has been speculation about a possible meeting between President Donald Trump and his Iranian counterpart, Hassan Rouhani, during the upcoming U.N. General Assembly this month in New York.

Tensions roiling the Persian Gulf have escalated following a weekend attack on major oil sites in Saudi Arabia that U.S. alleged Iran was responsible for. Iran denies the charge. 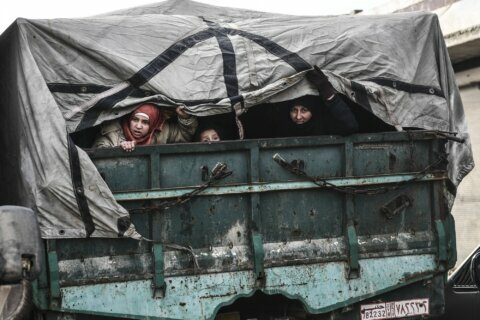 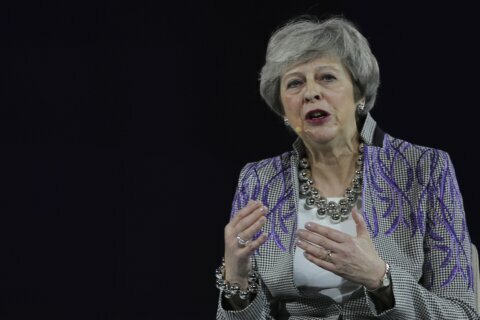 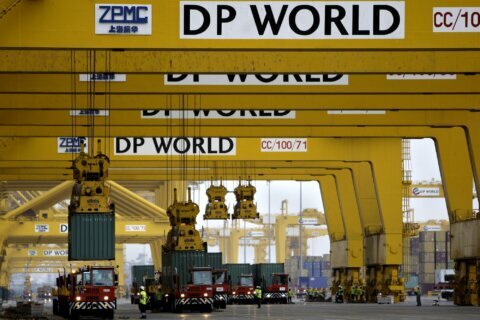