BEIRUT (AP) — A U.S.-backed mostly Kurdish force in Syria on Tuesday carried out a patrol along with the U.S.-led coalition near a border town with Turkey to select fortifications to be removed as part of an agreement to set up a safe zone along the country’s northwest border, a spokesman for the group said.

Mustafa Bali of the Syrian Democratic Forces tweeted that the patrol occurred near the town Tal Abyad on the border with Turkey, which seeks to set up a buffer zone along its southern border.

The SDF announced last week that it has begun withdrawing its fighters from the border towns of Tal Abyad and Ras al-Ayn as part of a deal for the so-called safe zone in northeast Syria involving the U.S. and Turkey.

Turkey has been pressing for a safe zone to ensure security on its border running east of the Euphrates River toward the Iraqi border. Turkey wants to control — in coordination with the U.S. — a 19-25 mile (30-40 kilometer) deep zone within civil war-ravaged Syria.

Turkey sees the Syrian Kurdish fighters, who make up the majority of the Syrian Democratic Forces and are allied with the U.S., as terrorists aligned with a Kurdish insurgency within Turkey. American troops are stationed in northeast Syria, along with the Kurdish forces, and have fought the Islamic State group together.

Bali tweeted that the SDF are working together with the U.S.-led coalition “to make the agreement successful and to ease tensions on the border.”

In the northern town of Azaz, two separate motorcycles rigged with explosives went off about three hours apart. The first blast in a market killed one person and wounded 11, while the second wounded five people outside a school in the town’s center, according the Azaz media center, an activist collective and the Britasin-based Syrian Observatory for Human Rights.

Azaz is controlled by Turkish troops and Turkey-backed opposition fighters. 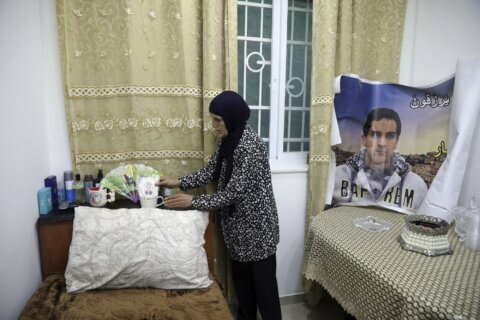 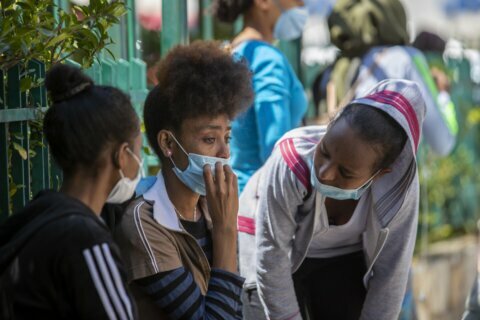