Abdalla Hamdok, a respected former official with the U.N. Economic Commission for Africa, told The Associated Press that he has already talked to U.S. officials about removing Sudan from Washington’s list of countries sponsoring terrorism, and portrayed their reaction as positive.

He also called for sharply reducing military spending, hoping for a “peace dividend” if current efforts to negotiate deals with armed rebels are successful. He said military spending takes up as much as 80% of the state budget.

Sudan stagnated for three decades under former President Omar al-Bashir, convulsed by a bloody civil war and rebellions in its far-flung provinces. Al-Bashir’s autocratic rule ended in April when the military ousted him after mass street protests by a pro-democracy movement, which began late last year.

“For 30 years, we were isolated,” Hamdok said in the interview in the capital of Khartoum. “We were treated as a pariah state. We want to tell the world we are moving away from sanctions, issues of punishment and all that, to a Sudan that is coming back to the fold of normal nations.”

As Sudan begins a new chapter, getting off America’s state sponsor of terror list is the “key to anything that we can do in this country,” Hamdok said, adding that a “democratic Sudan is not a threat to anybody in the world.”

Still, tensions between the military and civilians are expected to feature prominently in Hamdok’s unruly transitional government, which is expected to last three years before general elections.

In such an environment, Hamdok faces an uphill battle to carry out ambitious economic reforms, said Jehanne Henry, a Sudan researcher at Human Rights Watch. Henry said Hamdok “has to work with the generals, who could veto things.”

Although Hamdok heads the transitional Cabinet, the military leaders that ousted al-Bashir still want a large role in the transition. Sudan’s top general, Abdel-Fattah Burhan, was sworn in Wednesday as the leader of a joint military-civilian Sovereign Council. Five of its 11 members are from the military.

Hamdok said he is committed to making a partnership with the generals work.

The United States named Sudan a state sponsor of terror in 1993, and the designation stuck through the al-Bashir regime. As one of the last acts of the Obama administration, the United States began a formal process to de-list Sudan in January 2017, but this was put on hold when mass protests began in December. Moves to de-list Sudan could resume once the country’s political situation has stabilized.

The U.S. State Department was not immediately available for comment Sunday.

“We appreciate and understand that there is a process, both I think in government and Congress,” Hamdok said, adding he hopes it happens soon because “it has very serious implications on our situation.”

Removing Sudan from the state sponsor of terror list would open the door to foreign investment and allow the country to receive a sorely needed International Monetary Fund and World Bank bailout package, Hamdok said.

Sudan is nearly $60 billion in debt, and Hamdok said the interest on the debt payments is roughly $3 billion.

He said his aim is economic stability and a properly managed currency, along with transparency and opportunities for foreign investors.

“If you make profit and you want to repatriate your profit, we will be open to that,” Hamdok said. “This is the last frontier. The rest of the world has finished its infrastructure projects.”

Hamdok said he wants to bring all state spending, including for the military under the control of the ministry of finance. Asked if the military budget should be smaller, Hamdok said: “Absolutely.”

Hamdok said ending the country’s rebellions would allow him to allocate no more than 20% of the budget to the military. “The rest of it should go to development issues — addressing issues of health, education and infrastructure development and reviving the economy,” he said.

The economy largely stagnated under al-Bashir and sharply deteriorated last year, leading to the protests that eventually brought him down. During his rule, al-Bashir failed to keep the peace in the religiously and ethnically diverse nation, losing three quarters of Sudan’s oil wealth when the mainly animist and Christian south seceded in 2011 following a referendum.

Sudan is also one of the world’s most corrupt nations.

The power-sharing agreement signed this month between the military and protesters calls for the government to reach a peace agreement with armed groups within six months.

The country’s most infamous conflict, in the Darfur region, broke out in 2003. Al-Bashir’s government mobilized Arab militias accused of burning villages to the ground, massacring civilians and carrying out mass rapes among non-Arabs in the region.

Al-Bashir, who is imprisoned in the capital of Khartoum, faces charges of war crimes and genocide linked to the Darfur conflict, although the military has said he won’t be extradited to the International Criminal Court in The Hague.

Hamdok said that immediately after the new government is formed, a “peace commission” will be established to try to reconcile with the country’s armed groups.

He also said there needs to be accountability for violence committed against rebels and against scores of protesters killed in the pro-democracy protests.

“Justice has to be resolved. And it has to be seen as being achieved,” he said. “We will have to reach a conclusion that satisfies the victims.”

“In the past there were no intentions from both sides, the government and the armed groups, to reach an agreement,” he said. “But today there is resolve, there is determination.”

A cease-fire has held since the military overthrow of al-Bashir in April. The rebels had held rounds of talks with the now-dissolved military council and the pro-democracy movement.

The military has taken trust-building moves, including dropping charges and death sentences against rebel leaders and releasing dozens of rebel prisoners.

The armed groups had rejected a final deal between the civilians and government officials over the structures of the transitional government, Hamdok said. 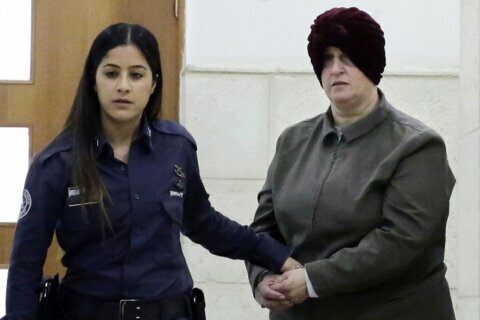 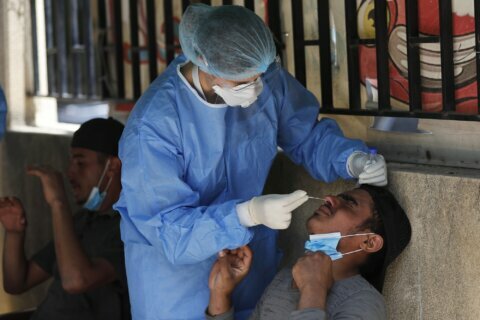 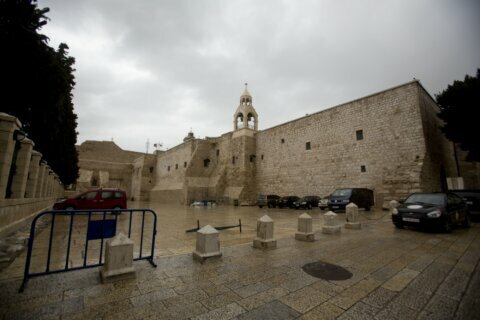