Iran says talks with US impossible; US says it wants talks

Iran's U.N. ambassador warned Monday that the situation in the Persian Gulf is "very dangerous" and called talks with the U.S. impossible in the face of escalating sanctions and intimidation.
Listen now to WTOP News WTOP.com | Alexa | Google Home | WTOP App | 103.5 FM

UNITED NATIONS (AP) — Iran’s U.N. ambassador warned Monday that the situation in the Persian Gulf is “very dangerous” and called talks with the U.S. impossible in the face of escalating sanctions and intimidation, while the U.S. envoy said the Trump administration’s aim is to get Tehran back to negotiations.

Recent attacks on tankers and the downing of a U.S. drone played out in comments before and after a closed U.N. Security Council meeting called by the United States that provided sharply different views of the current situation. It took place hours after U.S. President Donald Trump signed an executive order targeting Supreme Leader Ali Khamenei and senior Iranian military figures with financial sanctions.

Iranian Ambassador Majid Takht Ravanchi called the new sanctions another indication of “U.S. hostility” toward the Iranian people. He said the Trump administration should de-escalate tensions by stopping “its military adventurism” in the region, withdrawing its “naval armada” and moving away from “economic warfare against the Iranian people.”

Acting U.S. Ambassador Jonathan Cohen outlined the U.S. case for blaming Iran for tanker attacks May 12 and June 13 and for shooting down a $100 million U.S. drone in international airspace June 20. Iran denies it attacked the tankers and says the drone was in its airspace.

“Iran must understand that these attacks are unacceptable,” Cohen said. “It’s time for the world to join us in saying so.”

Cohen reiterated that U.S. policy “remains an economic and diplomatic effort to bring Iran back to the negotiating table.” He repeated his call to meet diplomacy with diplomacy, noting that Iran dismissed it two weeks ago as “inflammatory.”

Ravanchi said he agrees with U.N. Secretary-General Antonio Guterres’ call to de-escalate tensions in the Gulf region, but said that is up to the United States, not Iran.

He ruled out any talks with the Trump administration. “You cannot start a dialogue with someone who is threatening, who is intimidating you,” he said, accusing the U.S. of trying to destroy Iran’s economy.

Ravanchi urged the U.N. chief to initiate “a genuine regional dialogue on regional security … so that we will see a new region for the generations to come.”

The Security Council issued a statement condemning the latest attacks on oil tankers and urging all parties “to exercise maximum restraint and take measures and actions to reduce escalation and tension.” The statement made no mention of the drone attack.

France, Germany and the United Kingdom issued a separate statement warning that increased tensions in the Gulf since the drone attack “risk miscalculation and conflict.” The three countries called for “de-escalation and dialogue” and reiterated their support for the 2015 Iran nuclear deal that President Donald Trump pulled out of last year.

Responding to the U.S. administration’s “maximum pressure” campaign against Iran, French Ambassador Francois Delattre told reporters: “The message of France is we’re in a time where maximum pressure only makes sense with maximum diplomacy. So that’s where we must go.”

“Some of the Iranian officials recently said that you cannot have a dialogue with a knife against your throat,” Nebenzia said. “What kind of dialogue if you are introducing the worst kind of sanctions ever?” 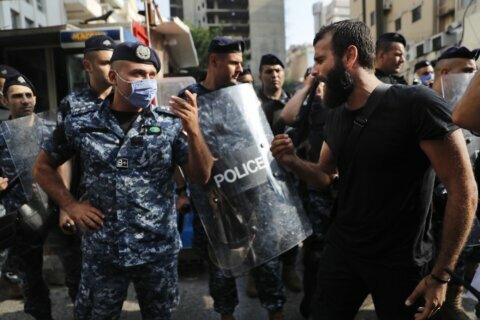 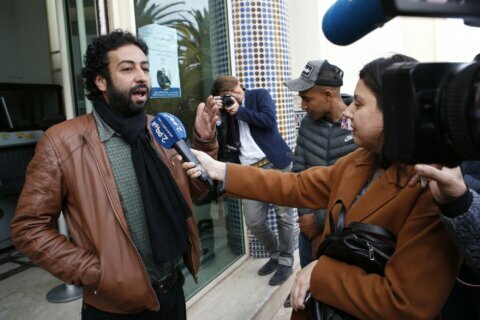