Journalist Thomas Erdbrink has been unable to work since February, and the Times said it decided to go public with his situation "after recent speculation and comments on social media."

DUBAI, United Arab Emirates (AP) — Iran has revoked the press accreditation for The New York Times’ correspondent based in Tehran without explanation, the newspaper reported Tuesday.

While the newspaper said it remained hopeful Thomas Erdbrink soon would be allowed to work again, the revocation comes amid heightened tensions between the U.S. and Iran stemming from President Donald Trump’s withdrawal from Tehran’s nuclear deal with world powers a year ago.

Iran pulled Erdbrink’s government-required authorization to work as a journalist four months ago, the Times said. He’s been unable to work since February and the Times said it decided to go public with his situation “after recent speculation and comments on social media.”

“Officials of Iran’s Foreign Ministry have repeatedly assured the Times that Mr. Erdbrink’s credential would soon be restored but have offered no explanation for the delays or for why it was revoked,” the Times reported , quoting international editor Michael Slackman. “He added that there are some indications this will be resolved soon.”

Dutch public broadcaster NOS, which also employs Erdbrink as a correspondent, quoted him as saying that “important steps” had been taken to resolve the issue, without elaborating.

Iran’s mission to the United Nations did not immediately respond to a request for comment.

When asked about Erdbrink during a press conference on Tuesday, Iran’s judiciary spokesman Gholamhossein Esmaili said that Iran allowed many journalists into the country to work. “Regarding this person, I have no information on what has happened,” Esmaili said.

Erdbrink, a Dutch national, previously worked as a correspondent for The Washington Post, as well as with other Dutch media. He’s married to Iranian photographer Newsha Tavakolian, who is represented by the Magnum photo agency.

Tavakolian also has been barred from working, the Times reported. Magnum did not immediately respond to a request for comment.

Both he and Tavakolian were the focus of “Our Man in Tehran,” a 2018 documentary about his work and life as a Western journalist in Iran. Erdbrink also has appeared in bit parts in Farsi movies as well.

“Working here is like walking a tight rope,” Erdbrink said at one point in “Our Man in Tehran.”

The last major case involved Iranian-American reporter Jason Rezaian of the Washington Post, who was convicted in an internationally criticized, closed-door espionage trial in 2015. A 2016 prisoner swap negotiated between Iran and the U.S. amid the start of the nuclear deal freed Rezaian and three other Iranian-Americans in exchange for pardons or charges being dropped against seven Iranians. That deal also saw the U.S. make a $400 million cash delivery to Iran.

Associated Press writer Mike Corder in The Hague, Netherlands, contributed to this report. 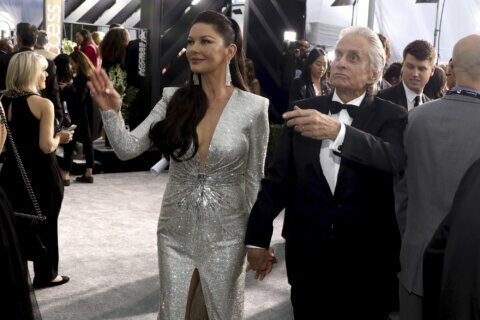 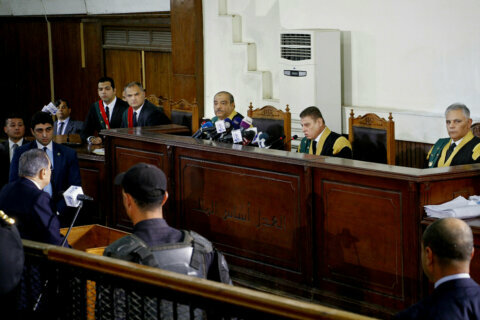