BEIRUT (AP) — The Beirut Stock Exchange suspended trading on Monday due to an open-ended strike declared by the employees of Lebanon’s central bank, adding to the country’s economic crisis as the government discusses an austerity budget to avoid an economic crash.

The ongoing strike by the Central Bank of Lebanon employees began Friday and has raised concerns it could paralyze the country’s banking sector, which relies on the central bank for transactions as well as liquidity.

Thousands of Lebanese public employees are on strike amid fears that their salaries and benefits would be cut as part of strict austerity measures to reduce a ballooning budget deficit and massive national debt. They include employees at Beirut’s port, Social National Security Fund and the main state-run landline telephone company.

Prime Minister Saad Hariri warned against strikes that paralyze the work of state institutions and issued a memorandum in which he called for legal measures to be taken against employees who hold or call for such strikes.

A statement posted earlier on Beirut’s stock market’s website said the clearance and settlement of transactions cannot be done on time “during the period of open strike.” It said trading was suspended indefinitely “in order to protect the interest of all investors.”

Lebanon’s economy is struggling with soaring debts, rising unemployment and slow growth. A soaring debt of $85 billion — equivalent to about 150 percent of gross domestic product — and unemployment believed to be around 36 percent are compounding concerns that the country will finally cave in economically.

Hariri’s government is debating an austerity budget and key reforms with the aim of unlocking billions of dollars in pledged foreign assistance. Protests have criticized the planned measures.

The government aims to reduce the percentage of the budget deficit compared with the gross domestic product.

Finance Minister Ali Hassan Khalil told reporters Monday that he insists the tax on interest payments at Lebanese banks be raised from 7 to 10 percent.

The call to raise the tax on interest payments has angered bankers, who warn that such steps could affect capital flow into Lebanon. 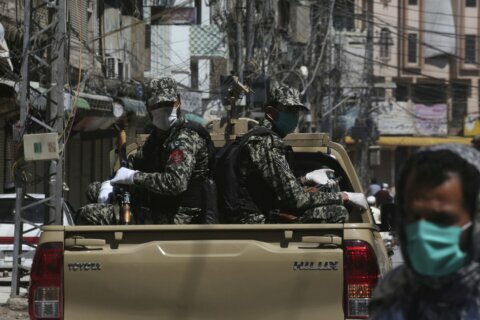 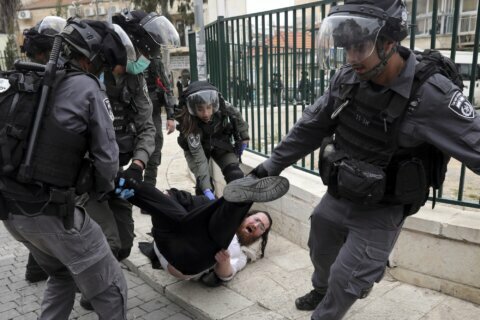